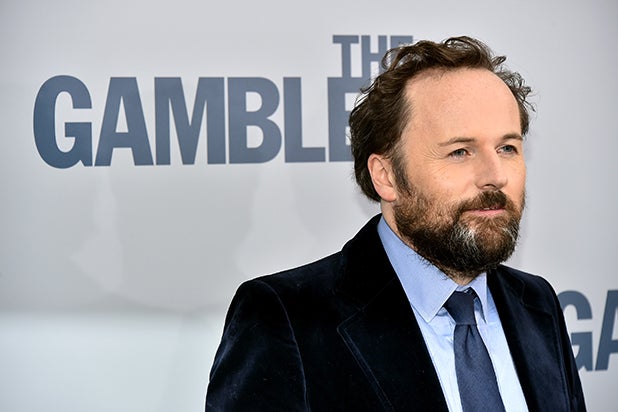 Director Rupert Wyatt has parted ways with Showtime’s “Halo” series, dropping out of the project as director and executive producer, Showtime announced on Monday.

Ordered to series earlier this year, the 10-episode series is an adaptation of the popular video game franchise from showrunner Kyle Killen. “Rise of the Planet the Apes” director Wyatt was attached to the project to serve as an executive producer and director of multiple episodes.

“Showtime’s adaptation of ‘HALO’ is evolving beautifully with rich characters, compelling stories and powerful scripts,” Gary Levine, president of programming for Showtime, said in a statement on Monday. “Obviously, the production demands of this series are enormous, and we have had to add time to the schedule in order to do it right. Sadly, this delay has created a conflict for Rupert, whom we warmly thank for all he has brought to the project.”

Added Wyatt, “It’s with great disappointment that changes to the production schedule of ‘HALO’ prevent me from continuing in my role as a director on the series. My time on ‘HALO’ has been a creatively rich and rewarding experience with a phenomenal team of people. I now join the legion of fans out there, excited to see the finished series and wishing everyone involved the very best.”

Showtime’s series will be loosely based on the original 2001 game, “Halo: Combat Evolved,” which takes place during the 26th-century. It involves a conflict between humanity and an alien threat known as the Covenant.

The series is produced by Showtime in association with Microsoft/343 Industries, along with Steven Spielberg’s Amblin Television. It will begin production in early 2019. Scott Pennington, Justin Falvey and Darryl Frank for Amblin Television will also executive produce.