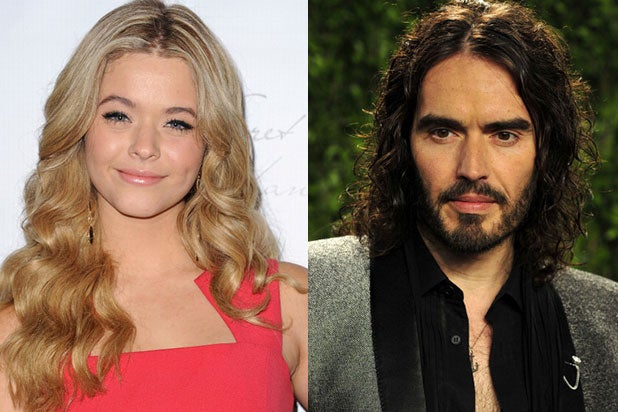 Russell Brand, Sasha Pieterse (“Pretty Little Liars”) and 17 year-old Austin Abrams (“The InBetweeners”) are in talks to star in Werner Herzog’s next movie “Vernon God Little,” which chronicles the aftermath of a tragic school shooting, multiple individuals familiar with the project have told TheWrap.

Representatives for all three actors did not immediately respond to TheWrap’s requests for comment, while Canana Films declined to comment.

Based on DBC Pierre’s provocative debut novel that was published in 2003 and won the Booker Prize, “Vernon God Little” is expected to reach the screen as a satirical black comedy that comments on America’s obsession with both fame and violence.

Also Read: Russell Brand Shows MSNBC Anchors How to Do Their Job (Video)

The book is set in the small border town of Martirio, Texas, which is rocked by a violent school shooting perpetrated by Jesus Navarro, a bullied loner who guns down six classmates before shooting himself. Vernon Little, his one and only friend, watches Jesus’ suicide and then, in an ugly twist of fate, becomes a suspect in the shootings.

Abrams will play the title character, a good kid who feels disconnected from the world around him. The shooting leaves him profoundly traumatized, especially after he’s accused of participating in the crime.

Pieterse is being eyed to play the beautiful but self-absorbed object of Vernon’s affections, while Brand is nearing a deal to play a charming but manipulative reporter who is willing to betray anyone in order to get a fresh angle on the hot-button school shooting story.

Herzog, who boarded the project in October 2012, is directing from a script by Andrew Birkin (“Perfume: The Story of a Murderer”). “Vernon God Little” is scheduled to start production this spring in Mexico.

“Vernon” was the last project developed by producer Bernd Eichinger before his death, and his wife, former Variety journalist Katja Eichinger, is now producing alongside Stefan Arndt (“Cloud Atlas”) of X-Filme Creative Pool and Pablo Cruz of Canana Films, the production company run by Gael Garcia Bernal and Diego Luna that has “Cesar Chavez” coming out March 28 via Lionsgate.

Herzog will turn his focus to “Vernon God Little” once he wraps the Gertrude Bell movie “Queen of the Desert,” which stars Nicole Kidman, Robert Pattinson and Damian Lewis.