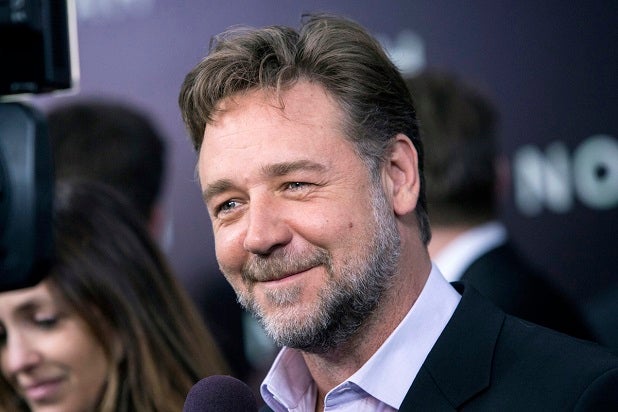 Never one to be subtle, Russell Crowe has managed to offend half the female stars in Hollywood with his comments about older actresses.

The “Noah” actor told Australian Women’s Weekly that older women who claim there are no good roles anymore are really just upset that they are no longer cast as young vixens — and they should act their age.

“To be honest, I think you’ll find that the woman who is saying that [the roles have dried up] is the woman who at 40, 45, 48, still wants to play the ingenue, and can’t understand why she’s not being cast as the 21-year-old,” said Crowe. “Meryl Streep will give you 10,000 examples and arguments as to why that’s bullshit, so will Helen Mirren, or whoever it happens to be. If you are willing to live in your own skin, you can work as an actor. If you are trying to pretend that you’re still the young buck when you’re my age, it just doesn’t work.”

Crowe, who will turn 51 in April, went on to say, “I have heard of an actress, part of her fee negotiation was getting the number of children she was supposed to have lessened. Can you believe this?” asked the father-of-two.

“This (character) was a woman with four children, and there were reasons why she had to have four children — mainly, she lived in a cold climate and there was nothing to do but fornicate all day — so quit arguing, just play the role!”

The star was promoting his directorial debut, “The Water Diviner,” and admits that even he is not immune to the effects of aging. “You do have to be prepared to accept that there are stages in life. So I can’t be the ‘Gladiator’ forever,” he said.