They couldn’t ignore Arnold Schwarzenegger for long: After failing to contain the actor’s lengthy video directly urging the Russian people to see through state-sponsored lies, Moscow mouthpieces went on offense.

Schwarzenegger’s personal-appeal video was viewed by millions across Twitter and Telegram, the latter of which is used mostly by Russians, according to the Daily Beast. After a few days of pretending there was nothing to see here, pro-Russia voices from inside the warring nation began to push back this week. 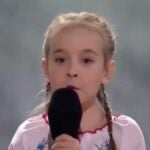 “That face is the cover page of American imperialism and colonialism,” a “visibly furious” TV host Vadim Gigin said on “Sunday Evening with Vladimir Solovievon,” according to the Beast. “Not the caricature image of Uncle Sam, but this Schwarz, in a Hollywood production.”

Gigin took particular issue with the former California Governor’s remarks about how he admires Russians while at the same time implying that they are being fooled about Vladimir Putin’s relentless and destructive invasion of Ukraine.

“He, in California, will tell us, who live here … the truth?!” Gigin fumred. “That is their approach towards us.”

Gigin’s fury was joined by Russian power-lifter Maryana Naumova, who told a Russian tabloid that Schwarzenegger is “living in alternative, imaginary reality.”

“Do you remember how in the second part of the Terminator your hero goes back in time to prevent the creation of Skynet, which would bring the death of all mankind?” she reportedly said in her comments to Komsomolskaya. “Russia’s special military operation does not aim to destroy the Ukrainian people. It is aimed at the neo-Nazi Skynet, which over the years has completely subjugated Ukraine and was about to turn into an uncontrollable monster, dangerous for all of its neighbors, not only for us … Don’t side with Skynet, Terminator.”

And well-known Russian writer Zakhar Prilepin, himself wanted by Ukrainian security forces for alleged ties to a “terrorist organization,” lashed out at Schwarzenegger. According to a translation by the Beast, Prilepin posted on his Telegram: “In his video message, Schwarzenegger, who killed three million Russians in his films, told the Russian people how much he loves us and how wrong we are about Ukraine … This Austrian, the son of his father, who served in the SS and was wounded near Leningrad, is trying to act as the good cop.”

Prilepin also appeared as a guest on Soloviev’s Sunday show, saying the West is “pumping Ukraine full of weapons to massacre the Russians,” despite his country being the aggressor, adding: “Arnie, you are a predator and an enemy.”

Messages sent to a rep for Schwarzenegger were not immediately returned Tuesday.