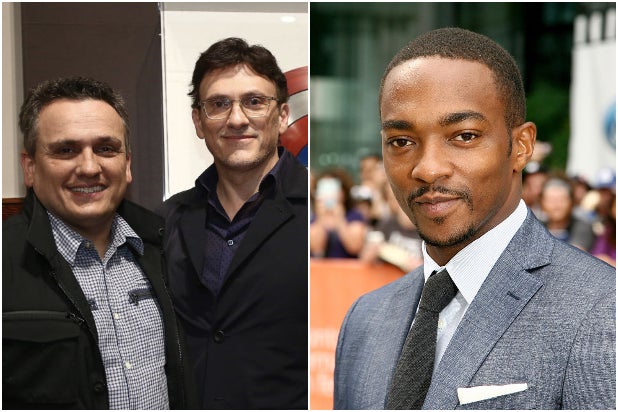 “Avengers: Endgame” directors Joe and Anthony Russo responded to recent comments made by Falcon actor Anthony Mackie, in which he criticized the diversity behind the scenes of the Marvel Cinematic Universe.

Mackie said last week in an interview with Daveed Diggs as part of Variety’s Actors on Actors series that it’s “more racist” that “Black Panther” is the only Marvel movie with a Black cast, director and crew.

“I think we can always all do better at diversity constantly in this business in every facet of every industry, so he’s not wrong at all,” Joe Russo said in a podcast with MovieMaker, though he was unfamiliar with Mackie’s specific comments. “So I think that we all have to work harder to keep endorsing and supporting diversity on both sides of the camera.”

“We have a ton of respect for Anthony Mackie. He’s not only an amazing actor, but he’s an amazing person, and we’ve loved our collaboration with him. He’s a very smart guy,” Anthony Russo added.

Mackie made his Marvel debut at the same time as the Russo brothers on “Captain America: The Winter Soldier,” and he’s since appeared in seven different MCU films, including several of the “Avengers” sequels as directed by the Russo Brothers.

“It really bothered me that I’ve done seven Marvel movies where every producer, every director, every stunt person, every costume designer, every PA, every single person has been white,” Mackie said as part of the Variety video segment. “But then when you do ‘Black Panther,’ you have a Black director, Black producer, a Black costume designer, a Black stunt choreographer. And I’m like, that’s more racist than anything else.”

He continued: “Because if you only can hire the Black people for the Black movie, are you saying they’re not good enough when you have a mostly white cast?”

Mackie added that as he steps up for a lead role in the upcoming Disney+ series “Falcon and the Winter Soldier,” he’s pushing for more diversity at all levels.

“My big push with Marvel, with everyone, is, hire the best person for the job,” he said. “Even if it means we’re going to get the best two women, we’re going to get the best two men. Fine. I’m cool with those numbers for the next 10 years. Because it starts to build a new generation of people who can put something on their résumé to get them other jobs. If we’ve got to divvy out as a percentage, divvy it out. And that’s something as leading men that we can go in and push for.”

Elsewhere in the podcast interview, the Russo Brothers also discussed the success of the new indie film produced through their company AGBO, “Relic,” as well as their Pizza Film School, in which they will next invite Taika Waititi to discuss the film “Flash Gordon.” Check out the podcast interview here.