Two crew members at the center of the investigation into the death of Halyna Hutchins on the New Mexico set of the Alec Baldwin film “Rust” have hired top local defense lawyers as authorities continue their investigation and consider criminal charges in the case.

While the investigation into the death of Hutchins is still ongoing, legal experts have told TheWrap that Gutierrez-Reed and Halls could face criminal charges due to the growing appearance of reckless or negligent behavior that may have directly led to the tragedy.

Hutchins was killed on Oct. 21 when Baldwin was rehearsing a shot that would have been aimed at the camera. While the prop gun he was using had been declared “cold,” meaning it contained no ammunition, it discharged one time, killing Hutchins and injuring director Joel Souza. 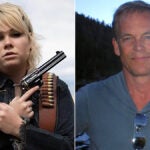 In a press conference Wednesday, Santa Fe Sheriff Adan Mendoza said a “lead projectile,” meaning a live round, was recovered from Souza’s shoulder, and that it was “apparently” the same round that killed Hutchins. A mix of live rounds along with dummy cartridges and blanks were recovered from the set, approximately 500 rounds of ammunition in total — further raising alarm as to the safety measures for the production of the indie film.

Authorities said they were investigating reports about lax on-set protocols regarding guns — including TheWrap’s exclusive report that crew members used a prop gun for live-ammunition target practice just hours before the accident. New Mexico’s First Judicial District Attorney Mary Carmack-Altwies said at the time that there was “no precedent whatsoever” for this kind of case in Santa Fe County, calling it “both serious and complex.”

Under New Mexico law, involuntary manslaughter does not require “specific intent” of wanting a person’s death. (Involuntary manslaughter is a fourth-degree felony in New Mexico, with a penalty of up to 18 months in jail and $5,000 in fines.) In the 1993 accidental killing of actor Brandon Lee with a prop gun on the set of “The Crow,” the local prosecutor reported evidence of negligence but declined to press criminal charges.

In addition to the on-set target practice, there have been additional questions about the functioning of the weapons on set, the safety practices around guns and the relative inexperience of Gutierrez-Reed, who was working on just her second film set and had provoked complaints about her work and calls for her to be fired on her previous film.

The production company behind “Rust” has hired the law firm Jenner & Block to conduct an independent investigation into the tragedy.