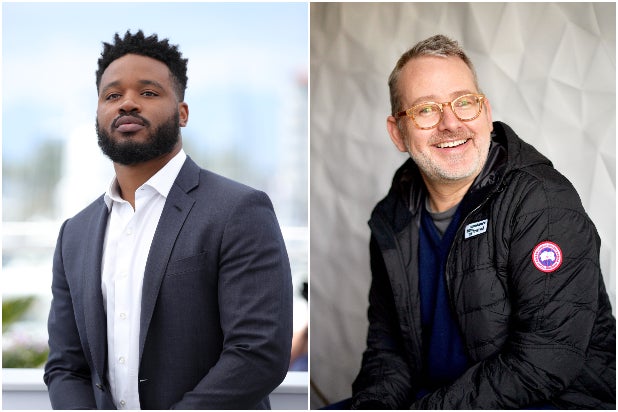 “Black Panther” filmmaker Ryan Coogler will lead a keynote conversation as part of a new program to be held at Sundance called the Talent Forum, the Sundance Institute announced Tuesday.

“Won’t You Be My Neighbor?” director Morgan Neville is also among some of the speakers who will participate at a keynote panel discussion.

The Talent Forum is a new event for creators and industry professionals at the Sundance Film Festival in which emerging talent from the Institute’s Labs and Fellowships will gather, present new work, attend screenings, keynote conversations and seminars, and engage in one-on-one meetings with other talent and professionals designed to support the artist.

The new program kicks off Jan. 29-31 at the Kimball Art Center in Park City, Utah.

Coogler will sit down with New York Times journalist and “Still Processing” podcaster Jenna Wortham to talk about his process and how he emerged from the Sundance Lab Fellow program.

Neville will appear on a panel discussion of other documentary filmmakers called “The Year That Was: Creative Freedom and the Golden Age of Non-Fiction Cinema.” Elizabeth Chai Vasarhelyi and Jimmy Chin of “Free Solo,” Alexandria Bombach of “On Her Shoulders” and Jeff Orlowski of “Chasing Coral” will also speak on the panel discussion.

The program will feature 42 projects at all stages of development in fiction, non-fiction and emerging media projects from Sundance Institute fellows, 17 fellows selected from Sundance’s artist-development programs, and 47 filmmaking teams of selected writers, directors and producers hoping to spark new industry relationships and seed projects.

The Talent Forum will feature a trio of roundtables and workshops, including one moderated by “Honey Boy” filmmaker Alma Har’el on commercial and branded content and a live film performance called “Little Ethiopia” from editors Maya Hawke and Joe Bini.