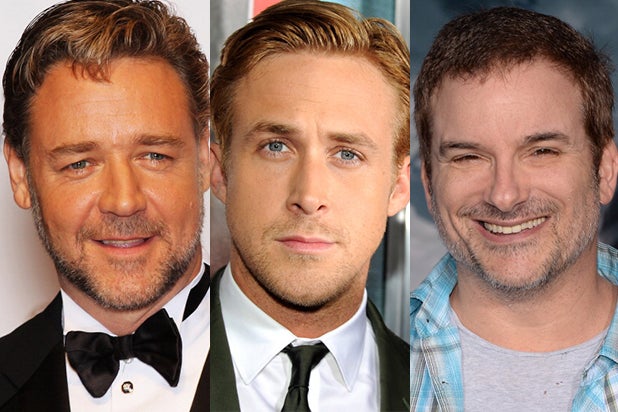 Joel Silver is producing via his Silver Pictures banner and will be shopping the project to studios and independent financiers in the coming days, as various development executives have been closely tracking “Nice Guys.”

Representatives for Gosling and Crowe cautioned that it’d be premature to call either actor attached, especially Crowe, as the project may conflict with his publicity schedule for his upcoming directorial debut “The Water Diviner.”

Black and Anthony Bagarozzi wrote “The Nice Guys” years ago, but the project has been languishing in development until recently gaining new momentum. The duo actually staged a public reading of the script in October 2011 at the Austin Film Festival.

In addition to “The Water Diviner,” Crowe recently wrapped Gabriele Muccino’s drama “Fathers and Daughters.” He just starred in Darren Aronofsky‘s “Noah” and will likely be in the mix this awards season.

Black is the veteran blockbuster screenwriter who most recently wrote and directed “Iron Man 3,” which grossed more than $1.2 billion worldwide. He has been developing a “Doc Savage” movie at Sony.

Both Crowe and Black are represented by WME and attorney Alan Hergott.