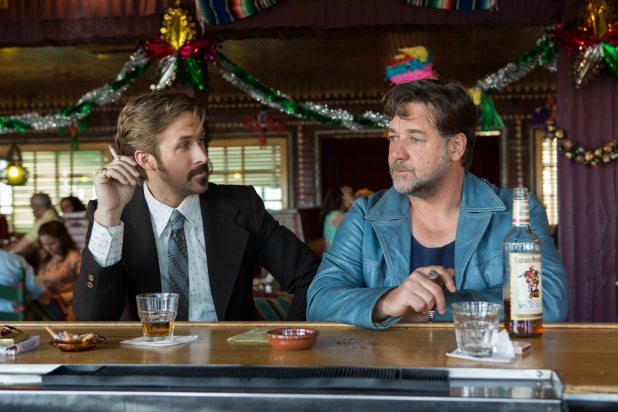 The recent Ryan Gosling film “The Nice Guys” is getting a female-centric TV update at Fox.

The network has given a pilot order with significant penalty to the hour-long action comedy “The Nice Girls,” which is a contemporary female take on director Shane Black’s 2016 buddy movie that also starred Russell Crowe.

Michael Diliberti (“30 Minutes or Less”) will write and executive produce the TV version that hails from 20th Century Fox Television, Lionsgate and Silver Pictures Television. Joel Silver, who has a first-look deal with Lionsgate, is an executive producer, along with Rodney Ferrell and Ken Kao.

Silver Pictures was behind the neo-noir film “The Nice Guys,” which followed a private eye (Gosling) and an enforcer (Crowe) as they investigated a teen girl’s disappearance in the 1970s.

The company also produced the 1987 action film “Lethal Weapon,” which was written by Black and has been successfully adapted into a Fox series.