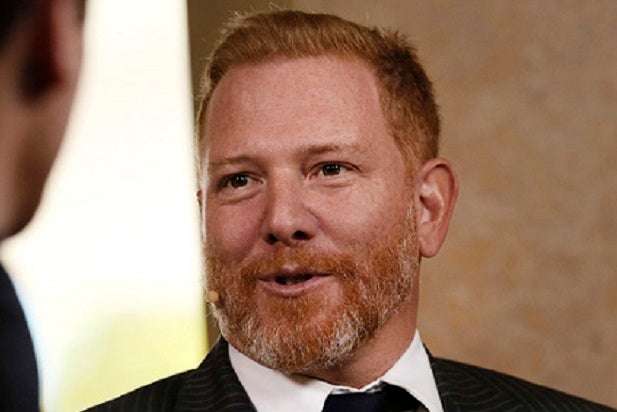 The breach of contract suit says that Fields gave only selective parts of documents to a U.S. bankruptcy court this week in a larger effort to mislead the entertainment industry and public that Kavanaugh forged evidence of sexual harassment against Fields and used it as an excuse to fire him.

“The preparation, selection and attachment of the arbitration-related materials … was done for the improper purposes of distracting and deflecting attention from Fields’ history of improper conduct, especially in light of the #MeToo movement, and harming Kavanaugh,” according to the suit, which was obtained by TheWrap.

Representatives for Fields did not immediately respond to requests for comment.

“It’s deplorable to see someone abuse the legal system as Mr. Fields has done here in an attempt to twist facts and create a false picture both of Mr. Kavanaugh and the proceedings. At the same time, he has suggested that he has been exonerated from something as serious as sexual harassment. The case referenced was about wrongful termination only, not about the validity of any sexual abuse allegations. Those allegations were not part of this hearing, and Mr. Fields has no judgement as he has implied,” a Kavanaugh spokesperson said of the lawsuit in a statement.

“For him to paint such a tainted and inaccurate picture of the proceedings further demonstrates Mr. Fields’ pattern of unacceptable behavior. He will quickly realize that abuse of process and these kinds of legal violations have serious consequences,” the spokesperson concluded.

The lawsuit accused Fields of working with a longtime friend and reporter at trade website Deadline Hollywood, Anita Busch, to frame Kavanaugh for tampering with a memo citing seven counts of unwanted advances in the workplace, among other fireable offenses. Busch did not immediately respond to a request for comment.

It also says Fields selectively leaked information that helped him. One individual with knowledge of the case said that the arbitration judge denied Fields’ claim that Kavanaugh defrauded him, though the new lawsuit does not provide documents to substantiate this claim — presumably because the procedure was supposed to be private.

In a filing with the court for Relativity’s second Chapter 11 case in two years, Fields sought to list himself as a creditor owed nearly $8.5 million from the April interim ruling of arbitration judge Terry Friedman. Fields’ filing also included documents that suggested accusations of sexual harassment were fabricated.

In his own suit, Kavanaugh pointed to a November 2017 story from the Hollywood Reporter in which three named women accused Fields of misconduct. One was Leslie Dixon, the screenwriter and a producer on one of Relativity’s biggest hits, Bradley Cooper’s “Limitless.”

Kavanaugh, who was a highly visible movie executive in Relativity’s healthier years, is citing a violation of good faith from the arbitration agreement in addition to malice by Fields. He’s seeking a minimum reward of $50 million and other damages.

As TheWrap previously reported, California-based Judge Friedman had ruled in April that a memo detailing Fields’ accused conduct was not credible after testimony from former Relativity executive Carol Genis could not corroborate its existence, despite the fact it was found in her computer files.

The document submitted was also seen to be edited after she left the company, a forensic investigator offered by Kavanaugh found. The document was last accessed by a user with the login credentials “kav kav.” The arbitration judge concluded that user “must be Kavanaugh,” according to Fields’ finding.

Kavanaugh does not deny accessing the document in order to transmit it to his legal team after he discovered the files, his suit said, but disputed that the document was altered. Fields was fired in September 2016, and Kavanaugh stepped down as CEO weeks after.

“During the arbitration, more than seven witnesses testified to the validity of the documents in question, including the author of the document herself [Human Resources head] Terry McAlpine … all confirmed their validity and accuracy, and all testified to Mr. Fields’ behavior at Relativity. Conversely, Mr. Fields’ sole witness was Ms. Genis,” a spokesperson for Kavanaugh said on Tuesday.

Kavanaugh’s suit also fears damage to his reputation by drawing a false picture of his executive prowess. The suit said Kavanaugh received a $1 annual salary for much of his time at the company, including in 2016, while other top executives were compensated or “cured” for back salary and bonuses when the company first emerged from bankruptcy in spring 2016.

According to a court filing on Tuesday by U.S. Trustee William Harrington in the Relativity bankruptcy case, though, Kavanaugh received “approximately $2.6 million in salary between April and November 2016” as the company struggled to pay expenses.

In Kavanaugh’s lawsuit, he said he was owed more than $7 million in back compensation from the company.