“Ryan McCarthy’s reputation in journalism embodies everything we do here at Vox. Ryan’s dedication to growing a diverse and inclusive team, his commitment to high editorial standards and his collegiality are some of the qualities that spoke to us,” said Sharma in a statement.

McCarthy tweeted he “couldn’t be more excited” for the role, which begins Sept. 20, adding he’s “a big, longtime admirer” of Sharma and her team. 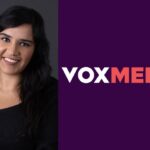 Most recently, McCarthy worked on investigations into voting rights, election administration and misinformation for ProPublica throughout the 2020 election. Prior to that, he was at Vice News and last year, he helped launch Rest of World, a global nonprofit newsroom. He’s also worked as an editor at the New York Times, Washington Post and Reuters.

In his new position, he will oversee the politics and policy team on stories about America, including coverage of criminal justice, the court system, democracy reform, race, religion and gender.

Sharma added in a tweet Monday, “For this role, I was looking for a true leader — someone who can take our work to the next level and who will lead with empathy and generosity. Ryan is that person. We can’t wait to get started.”