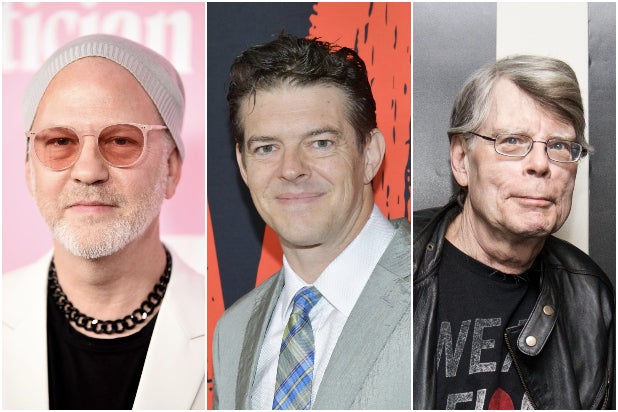 Netflix has optioned the Stephen King short story “Mr. Harrigan’s Phone” for both Blumhouse and Ryan Murphy to produce as a feature film, an individual with knowledge of the project told TheWrap.

John Lee Hancock is attached to write and direct the feature that is the latest story from the master of horror’s collection of novellas “If It Bleeds,” which has landed on the New York Times bestsellers list.

In “Mr. Harrigan’s Phone,” a young boy befriends an older billionaire who lives in his small-town neighborhood as they bond over the man’s first iPhone. But when the man passes away, the boy discovers that not everything dead is gone, and finds himself able to communicate with his friend from the grave by leaving voicemails on the iPhone that was buried with him.

Blumhouse’s Jason Blum will produce, as will Murphy and Carla Hacken. The film’s executive producers are Blumhouse Television’s Marci Wiseman and Jeremy Gold.

“Mr. Harrigan’s Phone” is the fourth film Netflix has adapted from a King story, including “Gerald’s Game,” “1922,” and “In the Tall Grass.”

Blumhouse has previously gotten into the Stephen King game and is readying “Firestarter” at Universal, which is based on a 1980 King book about a girl with powerful telekinetic abilities.

Hancock is the director of “The Blind Side,” “Saving Mr. Banks” and “The Founder,” and he most recently directed the Netflix film “The Highwaymen.” His next project is “The Little Things” starring Denzel Washington.