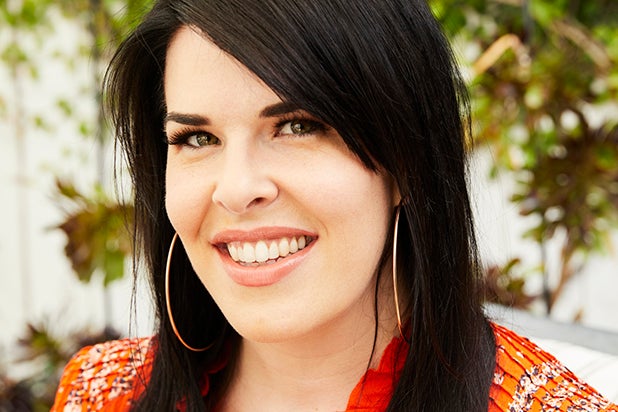 Alexis Martin Woodall has been promoted to president of Ryan Murphy Productions, the company announced on Friday.

In the role, Murphy’s longtime producer will oversee his Netflix-based company in addition to continuing her capacity as a hands-on executive producer on all of its film and TV projects. The appointment is the latest promotion for Woodall, who has risen through the ranks on Murphy’s shows since starting out as a production assistant on “Nip/Tuck” in 2003.

“Alexis is brazen, sharp and incisive — qualities that have been instrumental in helping shape my productions, from Nip/Tuck and Glee to American Crime Story to Pose,” Murphy said in a statement. “Alexis and I have worked together for nearly two decades, and I’ve watched her navigate numerous roles in my company, managing every project, every heartbeat of storytelling with style and aplomb. She is a true creative force, one of the secret ingredients tantamount to my works. We have many more stories to tell, and I am grateful to have Alexis at the helm of my company.”

Woodall rose to producer of the FX plastic surgery drama for its final season, going on to serve in the same capacity on “Glee,” “American Horror Story” and “American Crime Story.” She was promoted once again to executive producer in 2015, working on “Pose,” “Scream Queens,” “Feud” and “9-1-1,” as well as the most recent seasons of both “Horror Story” and “Crime Story.”

She currently serves as executive producer on the upcoming series “The Politician,” “Ratched” and “Hollywood” at Netflix, as well as the recently announced “Impeachment: American Crime Story” at FX.

“It is an honor to lead this company alongside my mentor and friend,” Woodall said. “Ryan’s incomparable talent and uncompromising vision has built an empire that I’m fortunate to have been a part of for more than 16 years. During our collaboration, we have shaped nearly 500 hours of television together, which has enabled me to work alongside the best in the business. I am proud to continue producing stories that matter, and I am grateful to have Ryan’s trust to take Ryan Murphy Television into a new era at Netflix.”