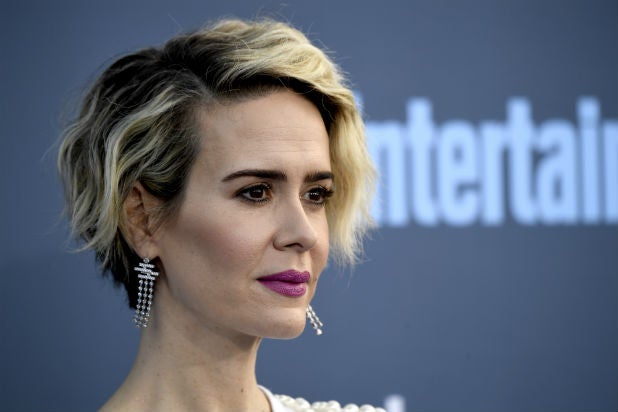 Ryan Murphy’s FX drama “Katrina: American Crime Story” is undergoing a creative reboot after having been delayed back in June.

The third installment in the Emmy-winning anthology series will now be based on the book “Five Days in Memorial” by Pulitzer-winning author Sheri Fink, and will tell the story of Dr. Anna Pou and her decision to euthanize critically ill patients after being trapped for days without power at Memorial Medical Center in New Orleans in the aftermath of Hurricane Katrina.

The show was previously set to be based on Douglas Brinkley’s “The Great Deluge.”

Sarah Paulson, who had been attached to the project in its previous form as an ensemble member, has now moved up the ranks of the cast to star as Pou. It is unclear if any of the previously cast actors, including Annette Benning, Matthew Broderick and Dennis Quaid, will stay on with the revamped season.

Scott Rudin, who previously acquired the rights to the Fink’s book in 2013, will board the show as executive producer.

The news comes a day after FX chief John Landgraf assured reporters that “Katrina” had not been “shelved” as previously reported. During his executive session at the Television Critics Association press tour, Landgraf teased a “creative pivot” for the show, adding that the season was in “really good shape.”