A new international poster for “Deadpool” has been released, and the Merc With a Mouth struts his stuff in his signature red suit.

The poster reveals Ryan Reynolds posing cheekily and reads, “Bad Ass. Smart Ass. Great Ass,” while the antihero grabs a handful of his own butt.

In the film, Reynolds plays Wade Wilson, a mercenary who develops accelerated healing powers after an underground experiment. The film is slated to hit U.S. theaters on Feb. 12.

Last month, Miller and Reynolds hinted that Deadpool may have an appetite for both sexes, and all gender identities therein. “Pansexual! I want that quoted. Pansexual Deadpool,” Miller said of the anti-hero’s appetite. 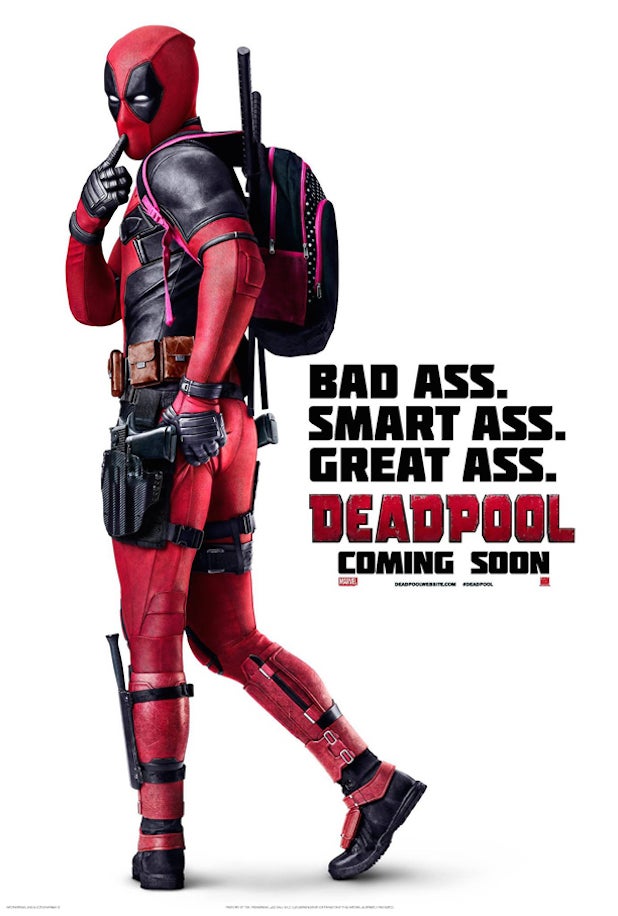