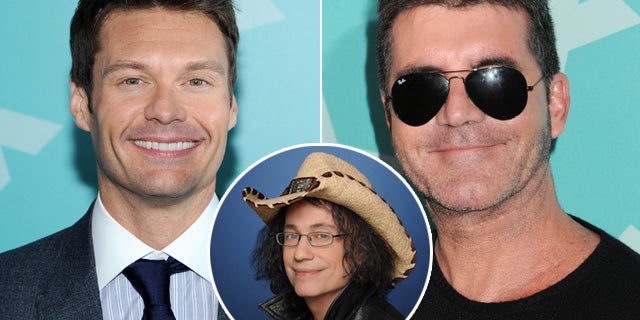 Ryan Seacrest and Simon Cowell are praising Mike Darnell following the alternative programming chief's announcement of his departure from Fox on Friday.

"Mike Darnell was a pioneer in reality television," Seacrest said in a statement to TheWrap. "He brilliantly paved the way for all of us, creating a powerful entertainment genre that audiences can't get enough of. I've had the privilege of working with him for more than a decade, and I've learned so much from him."

"I have so much to be grateful to Mike Darnell for. He was one of our biggest supporters at Fox right at the beginning when we launched 'Idol,'" Cowell said in a seperate statement to TheWrap. "His knowledge, skill, kindness and importantly the fact that we became friends through this process were all reasons why we were able to make things happen in such a big way. I will miss him."

During his 18 years at Fox, Darnell led "American Idol" to an eight-year run as the top show on television before being bumped last year by NBC's "Sunday Night Football."

The "Star Search-like" singing competition also catapulted the careers of numerous personalities who participated over the years, including Seacrest and Cowell.

Over the course of hosting "Idol" since the hit show's 2002 debut, Seacrest has grown from a Los Angeles radio DJ to a successful reality television producer, churning out hits like "Keeping Up with the Kardashians" and "Shahs of Sunset" from Ryan Seacrest Productions.

"He has been an inspiration for imparting his creative genius constantly, a mentor as I launched my production company, as well as a dear friend," Seacrest added. "I'm excited to work with him as he blazes a new path in his incredible career."

Cowell, who rose to fame as the nastiest judge on the "Idol" panel, went on to executive produce NBC reality competition series "America's Got Talent," as well as launching "X Factor" overseas before bringing it to Fox in 2011.

Cowell added: "Publicly, I want to tell Mike: 'A big 'thank you for everything you have done for me and I hope (and expect!) that we will be working together again in the very near future'."