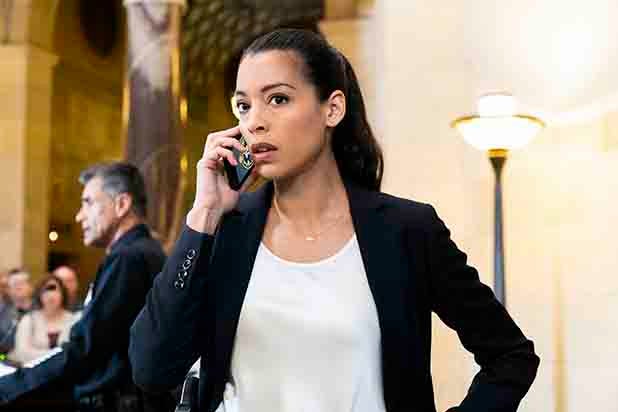 “S.W.A.T.” actress Stephanie Sigman confirmed her departure from the CBS drama on social media this week after fans noticed her absence from the show’s Season 3 premiere.

“The word is out!” she wrote on Instagram and Twitter on Thursday. “Jessica Cortez is on to new adventures… and so am I.”

“Happy with the work done for the past 2 seasons (45 episodes),” Sigman wrote, describing the experience of starring on the first two seasons as “intense.” She continued, “Thankful & proud of the strength this character gifted me.”

One of the show’s original cast members alongside series star Shemar Moore, Sigman portrayed Jessica Cortez, commanding officer of the LAPD Metropolitan Division for two seasons. In the Season 2 finale, the character accepted an offer from the FBI to leave the LAPD and go undercover.

“Much thanks to [Stephanie] for her tremendous work on S.W.A.T.,” executive producer Shawn Ryan wrote in response to Sigman’s tweet. “It was a pleasure to write for her & see what she did with the role each week. Stephanie’s an extremely talented actress. I look forward to seeing what she conquers next professionally. We’ll be rooting for her.”