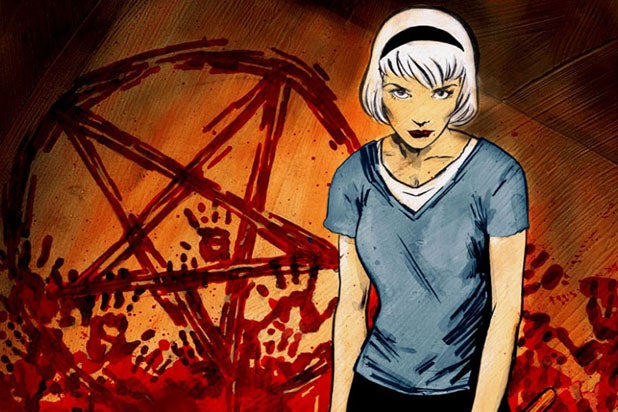 The “Sabrina the Teenage Witch” series that had previously been in development at The CW has moved over to Netflix.

Originally planned as a companion series to the other Archie Comics series “Riverdale,” The CW had been developing the “Chilling Adventures of Sabrina” adaptation for the 2018-19 TV season, but the series will instead air on the streaming platform with a 20-episode order.

The untitled series will reimagine the origin of the character Sabrina the Teenage Witch as a dark coming-of-age tale that involves witchcraft and the occult. It is envisioned as echoing the tone of such classic horror films as “Rosemary’s Baby” and “The Exorcist,” with Sabrina battling evil forces while coming to terms with her identity as half-witch and half-mortal.

Sabrina, another Archie Comics character, was originally planned to be introduced as a character on “Riverdale” in its first season, but she was instead spun off into her own project. It is unclear if the Netflix project, which hails from the same producers and studio as “Riverdale,” remains in the same universe.

Melissa Joan Hart previously portrayed a comedic version of the character on ABC’s “Sabrina the Teenage Witch,” which signed off in May 2000 after seven seasons.