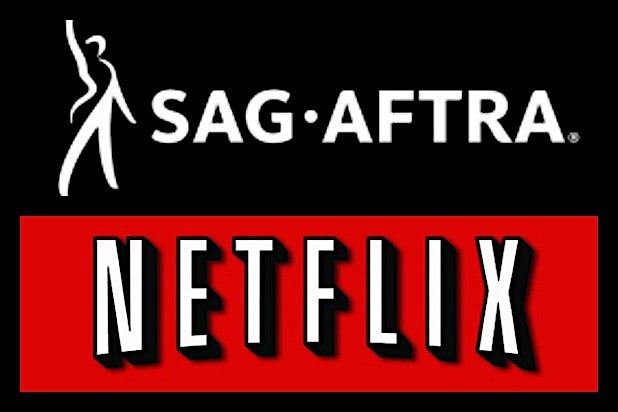 Netflix has signed SAG-AFTRA’s contract for film and TV productions, the first such deal between a streamer and the union.

Previously, the union had been signing productions with Netflix directly — production by production. It now has a term agreement for live-action dramatic productions. The new deal also recognizes performance capture and dubbing as work covered under the traditional agreement, including those of Netflix’s live-action foreign language films and animated motion pictures dubbed into English. The news was announced following the union’s board meeting on Saturday.

The agreement includes gains in theatrical residuals, greater rights for members in the areas of options and exclusivity, improved overtime rules for stunt performers and specific protections for members regarding harassment and auditions, the union said.

It also covers harassment protections and a ban on auditions in private residences and hotel rooms, which is already contained in the Network Code agreement and Commercials Contract. It follows the Codified Basic Agreement and Television Agreements unless otherwise specified.

Also Read: Netflix Has Lost $17 Billion in Value in the Last 24 Hours

“Netflix has set the industry standard with its Respect at Netflix program that is held as the gold standard in the industry for awareness of gender equality and promoting the participation of all regardless of gender, ethnicity or race,” the union said in a statement Saturday.

The deal was overwhelmingly approved by the national board on Saturday and it expires on June 30, 2022.

Here are some of the other bullet points of the agreement:

“We are always looking to adapt and grow within the changing environment of our industry. This groundbreaking agreement speaks to that,” SAG-AFTRA president Gabrielle Carteris said in a statement. “Netflix recognizes the value of working with SAG-AFTRA members, and the contributions we make in this global industry. I am gratified that this deal achieved longstanding member goals in particular the recognition of performance capture work, and other important improvements that members want and deserve.”

“We are pleased that we were able to work with SAG-AFTRA to address these issues unique to Netflix’s production needs and we commend SAG-AFTRA leadership for its creative approach,” Ted Sarandos, Netflix’s chief content officer, said in a statement.

SAG-AFTRA National Executive Director David White said, “I want to salute the contracts staff led by Chief Contracts Officer Ray Rodriguez for its incredible work on this historic agreement. As Netflix continues to ramp up its series and feature film production, it can do so more efficiently under this bilateral agreement, which provides enhanced terms and protections for all our members.”

Earlier in the day Saturday, SAG-AFTRA also announced via the board meeting that it was ending a 10-month long strike against Bartle Bogle Hegarty after the advertising agency agreed to sign the union’s commercials contract. The union had instructed its members to not accept any work for BBH, leading several rallies against the company.

BBH will now produce all its commercials under these contracts, providing union wages and pension and health contributions to performers, and SAG-AFTRA members will be able to accept work on its productions.