When the Screen Actors Guild announces the nominees for the SAG Awards’ Outstanding Performance by a  Cast in a Motion Picture award on Feb. 4, we should expect the nominated films to feature a lot more men than women. In a way, that’s par for the course for films nominated in this category: Over the last five years, the 25 nominees have included four films featuring more women than men (“Bombshell,” “Crazy Rich Asians,” “Lady Bird” and “Captain Fantastic”), one that is split evenly (last year’s winner, “Parasite”) and 20 with largely male casts.

But this year, with the male ensembles of “The Trial of the Chicago 7” and “One Night in Miami” being among the top contenders, the disparity could be especially pronounced in one of the marquee categories in the awards calendar.

Last year’s SAG Ensemble award, for instance, might have been the key moment in the journey of “Parasite” from the Cannes Film Festival to a Best Picture win at the Oscars. When the award was announced, the room exploded into an ovation and a group of shocked and giddy Korean actors took the stage — and in that moment, Hollywood realized just how much fun it was to give big awards to this arty and subversive Korean film.

And it reinforced that the SAG Ensemble Award, a film award unique to the Screen Actors Guild, is coveted both as an end in itself and as a precursor to potential glories to come. It won’t come quite so early this year — although the Feb. 4 nominations and March 14 ceremony still make SAG the earliest of the four major guilds — but in a year short on movies and long on confusion, it could once again be an important indicator of what voters are thinking.

The question is, what will they be thinking when it comes to SAG Ensemble this year? There are a few obvious favorites, a handful of good bets and a lot of question marks; there’s even another little Korean movie (or Korean American movie) ready to make its mark.

Here’s our take on what could happen when the decisions pass into the hands of the 2,000-plus randomly chosen members of the Screen Actors Guild’s nominating committee for film. 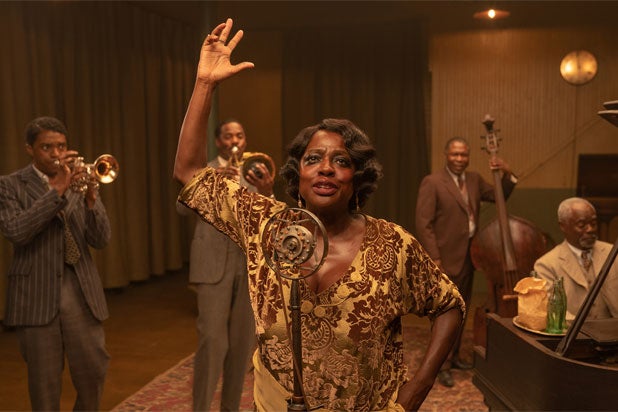 With a dizzying array of past Oscar winners (Eddie Redmayne, Mark Rylance), recent Emmy winners (Jeremy Strong, Yahya Abdul-Mateen II), should-have-been winners (Frank Langella, Michael Keaton) and Sacha Baron Cohen to boot, all of them ripping through Aaron Sorkin’s dialogue while wearing late ’60s, early ’70s attire, “The Trial of the Chicago 7” seems hard not to nominate; if it’s possible to have a lock this early in the running, this is probably it.

In Regina King’s “One Night in Miami,” the performances by Kingsley Ben-Adir as Malcolm X, Eli Goree as Cassius Clay, Leslie Odom Jr. as Sam Cooke and Aldis Hodge as Jim Brown pretty much define the term ensemble. SAG Ensemble nominees usually have six or more featured actors and frequently hit double digits, but “Beasts of No Nation” was nominated with only three actors singled out in 2015, and “Boyhood” with four in 2014, so “One Night in Miami” should be able to do it too.

(FYI, SAG rules officially define a motion picture cast as all the actors whose names appear in the credits, but the ones who are named in the nomination and who represent the film are only those who receive single-card billing in the main titles. Everybody else gets a certificate, not a statuette.)

“Mank” and “Ma Rainey’s Black Bottom” figure to each land at least two individual acting nominations, “Mank” for Gary Oldman and Amanda Seyfried and “Ma Rainey” for Viola Davis and Chadwick Boseman. That’ll be a good start for ensemble nominations, and both casts (large for “Mank,” smaller for “Ma Rainey”) are full of standout performers. The only nagging factor is that a fair number of people seem to think “Mank” is a little boring, its immaculate craftsmanship and sharp dialogue notwithstanding.

Two of these, “The United States vs. Billie Holiday” and “Judas and the Black Messiah,” seem sight unseen to be strong ensemble pieces, though the buzz around the former centers on Andra Day and the latter on Daniel Kaluuya. Until they screen more widely, we won’t really know.

“Minari” has charmed audiences and critics and could do the same with voters, though from this perspective it doesn’t feel as formidable a contender as many pundits seem to think. Not to take anything away from star Steven Yeun or the rest of the cast, but if it gets in, I’m guessing it’ll be because Youn Yuh-Jung, playing a feisty grandmother, made the difference.

“Da 5 Bloods” could give Chadwick Boseman two ensemble noms in the same year, and if voters are looking for a change of pace from heavier dramas, Ryan Murphy’s “The Prom” does have Meryl Streep, Nicole Kidman and James Corden singing and dancing and learning lessons.

“Nomadland” and “The Father” are intriguing possibilities. The former will no doubt be one of the year’s most honored films, but will SAG voters go for a movie where the ensemble consists of Frances McDormand, David Strathairn and a whole lot of non-professionals? And “The Father” is a master class in acting, but it’s one that’s delivered for the most part by two people, Anthony Hopkins and Olivia Colman. Being viewed as a duet probably hurt “La La Land” in 2016, but the presence of a few more people — Mark Gatiss, Imogen Poots, Rufus Sewell and Olivia Williams — might be enough to let voters think of the film as a real ensemble. 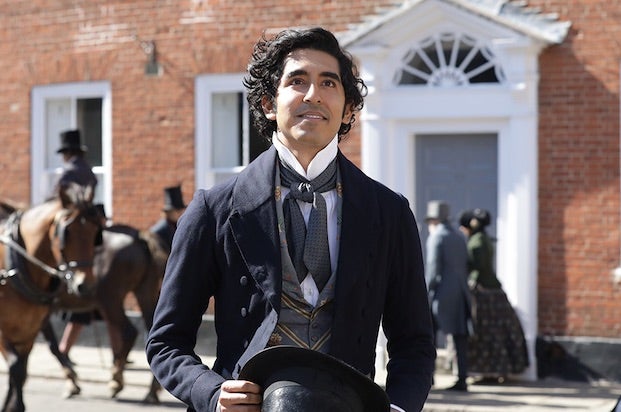 “The Boys in the Band” and especially “Hillbilly Elegy” did not get the kindest reviews, but there sure is a whole lotta acting going on in both of them, which will probably sway some voters. “I’m Thinking of Ending Things” might be way too weird for a lot of people, but the way Jesse Plemons, Jessie Buckley, Toni Collette and David Thewlis mess with our heads is very, very impressive. “Pieces of a Woman” is a showcase for a relative newcomer, Vanessa Kirby, and a legend, Ellen Burstyn, and Shia LaBeouf is fine, too. “The Life Ahead” brings back Sophia Loren, discovers a great child actor in Ibrahima Gueye and will give voters a chance to celebrate a film not in English, something they loved doing last year. And George Clooney’s “The Midnight Sky” is a duet on Earth and an ensemble piece out in space, which could be an attractive dynamic.

And, oh yeah, there are some other possibilities that aren’t on Netflix, foremost among them Armando Iannucci’s wild and wooly period piece and Dickens deconstruction “The Personal History of David Copperfield” and Kelly Reichardt’s marvelously understated “First Cow.”

There also could be some strong choices in ensembles fronted by women: Michelle Pfeiffer heads a delicious cast in “French Exit,” and the early buzz on “Wonder Woman 1984” (which, granted, is largely from the fanboy community) might give it a shot to follow “Black Panther” from the genre universe to the SAG Awards.