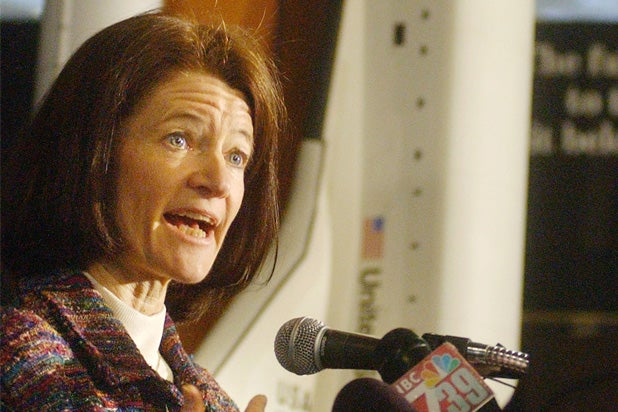 In a press interview before she became the first American woman to go into orbit, Sally Ride was asked if she cried when there were malfunctions in the simulator tests. Twenty years earlier in the USSR, Valentina Tereshkova was met with similar prejudice before and after she became the first female ever to enter into Earth’s orbit. Two seemingly opposite superpowers, in the middle of a Cold War, vying for world domination had the same skeletons in their closets.

It was the early ’80s and the U.S. was about to send their first female into outer space.  Sally Ride graduated top of her class at Stanford with a PhD. in astrophysics and had immediately applied to the astronaut program after seeing an ad in a newspaper. Sally grew up in Southern California, attending the Westlake School for Girls. In a 1983 interview with Gloria Steinem, she remembered her high school as a “classic school for girls, with a good tennis team and a good English teacher and essentially no math pass eleventh grade and no physics and no chemistry.”

This memory greatly influenced her to start her own company later in life, Sally Ride Science, to promote STEM (Science, Technology, Engineering and Mathematics) programs in schools for girls. Sally Ride was one of the brightest minds in our country, beat out thousands of applicants to get into the U.S. space program and endured hundreds of grueling hours in high G simulator tests — all of this to be asked if she was worried about not having a separate bathroom from the men on the space shuttle.

Valentina Tereshkova was born in the river village of Maslennikova in 1937. At the age of 2 her father was killed on the battlefield serving in the Russian army. Her mother single-handedly raised Valentina and her brother. Valentina, having to help her family in poor economic times, did not start school until she was 10.

When she was 17, she left to live with her grandmother and work at a tire factory but a year later returned to her mother and worked with her as a loom operator at the local cotton mill. In her spare time, Valentina took classes through the mail and eventually graduated from the Light Industry Technical School.

A thrill seeker at heart, Valentina joined the local aviation club and took up skydiving.  After a 126 successful parachute jumps, Valentina wanted to take the next step and reach higher than any women in history had before. At 24, she applied to the cosmonaut program. Due to her immense parachuting experience, Valentina was chosen because the rocket she would command, a Vostok, had a mandatory pilot ejection at 20,000 feet.

On June 16, 1963, Valentina Tereshkova, then 26, became the first women to enter into Earth’s orbit.  Three days later, she safely parachuted back to Earth.

A large factor in both the U.S. and Russia deciding to send women into orbit was to see if women could handle the strain of intense g-forces, the isolation and confinement of the shuttle and the weightlessness. Both Ride and Tereshkova performed their jobs admirably and just as well, if not better, than their male counterparts. Some military experiments have shown that women, due to their smaller stature and higher bone density, are actually better suited for high g-force situations.

Although faced with adversity, neither woman balked at her dream to one day see the Earth from above. They were met with prejudice and criticism every step of the way but they persevered. While the USA and USSR were fighting over the world, these two astronauts were paving the way for women in new fields and securing their place in the pantheon of the greatest scientific explorers.

View In Gallery
BIO Garrett Edell
Garrett Edell is an actor living in Los Angeles. He grew up in Southern California, starting off as a mechanical engineer, and now uses his knowledge to promote gender balance in STEM.

Garrett Edell is an actor living in Los Angeles. He grew up in Southern California, starting off as a mechanical engineer, and now uses his knowledge to promote gender balance in STEM.