Popular Irish novelist Sally Rooney announced Tuesday that the Israeli publishing house that worked on her previous novels will not be able to publish her most recent work, “Beautiful World, Where Are You.” She explained that her decision is based on her support for Palestinian people.

The New York Times shared an emailed statement from Rooney in which she said she was proud her first two books were published in Hebrew by Modan Publishing House. Israeli newspaper Haaretz first broke the story.

“Likewise, it would be an honor for me to have my latest novel translated into Hebrew and available to Hebrew-language readers,” she continued. “But for the moment, I have chosen not to sell these translation rights to an Israeli-based publishing house.” 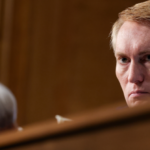 Her issue with the company, she said, is that it has not publicly distanced itself from the Israeli-Palestinian conflict or openly supported Palestinian rights.

Modan told the Times that when the company reached out to Rooney after September’s English publication of the new book, it was told she wasn’t interested in publishing in Israel.

As the paper of record pointed out, other authors have declined to publish their books in Israel in the past. Alice Walker opted not to allow her Pulitzer Prize-winning book, “The Color Purple,” to be published in Israel.

Rooney told the Irish Times that she still wants the book translated into Hebrew and made available to readers of that language: “If I can find a way to sell these rights that is compliant with the [Boycott, Divestments and Sanctions] movement’s institutional boycott guidelines, I will be very pleased and proud to do so. In the meantime I would like to express once again my solidarity with the Palestinian people in their struggle for freedom, justice and equality.”