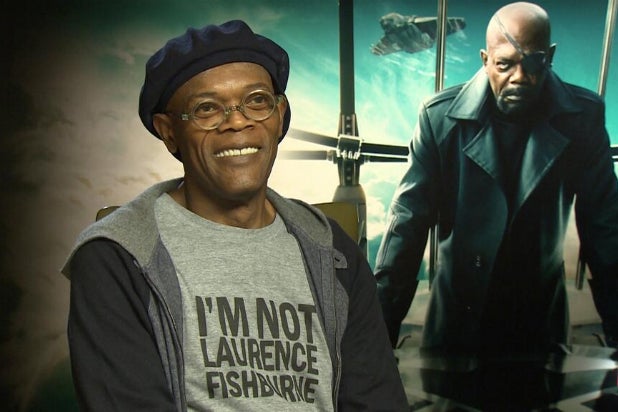 In case you were wondering, Samuel L. Jackson is not now, nor was he ever, Laurence Fishburne. And now he has a T-shirt to make sure we all know it.

IGN UK tweeted a photo of the shirt Jackson wore during a junket for “Captain America: Winter Soldier” that read “I’M NOT LAURENCE FISHBURNE.”

It was a tongue-in-cheek reference to an incident last month in which Los Angeles’ KTLA entertainment reporter Sam Rubin asked about the reaction from his Super Bowl commercial — only it was Fishburne, not Jackson, in the commercial.

“You’re as crazy as the people on Twitter!” Jackson shot back at Rubin. “I’m not Laurence Fishburne! We don’t all look alike!”

Watch that awkward clip below.

So remember everyone: Samuel L. Jackson is still not Laurence Fishburne. He’s a #BAMF, and he will probably kill you if you don’t sign up for a Capital One credit card.