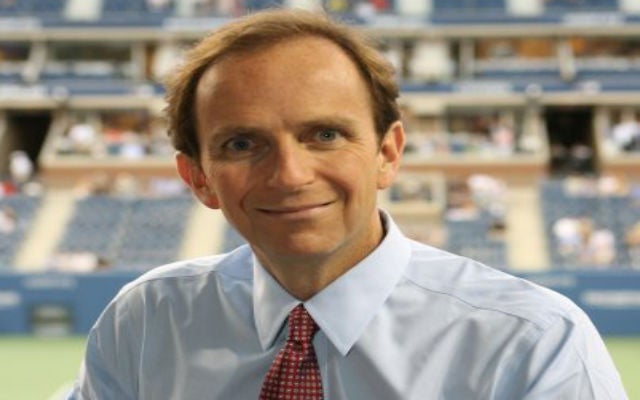 In discussing the Ray Rice domestic violence scandal during a radio show on KNBR on Monday, Robinson said Rice’s wife, Janay, had to bear some of the responsibility for what happened because she didn’t speak up about the violence.

“That, to me, is the saddest part of it,” Robinson said during the show. He added that it was “pathetic” for her to marry the NFL star after he hit her, according to reports.

“The comments made by radio broadcaster Ted Robinson on Monday were offensive and in no way reflect the views of the San Francisco 49ers organization,” team president Paraag Marathe said in a statement. “We have made the decision to suspend him for the next two games. I informed Ted of our decision earlier today, and we will continue to address this matter with him internally. Our organization stands strongly against domestic violence and will not tolerate comments such as these.”

Also read: Ray Rice’s Wife Defends Suspended NFL Star, Who Knocked Her Out in an Elevator

Robinson has since apologized for his comments.

“I want to unconditionally apologize for my comments the other day,” Robinson said in a statement. “As a professional communicator, I am responsible for my words. My choice of words was careless and does not reflect my true feelings about domestic violence. I understand that the cycle of abuse keeps people in unhealthy relationships. No blame or responsibility for domestic violence should ever be placed on a victim.”