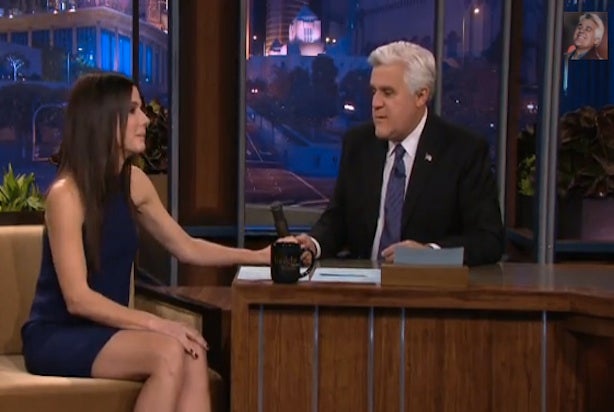 “You just popped and I went, ‘Oh, my god. This person’s gotta be a big star,'” Leno told the “Gravity” actress. “And it all came true.”

“I’d like to say something. I’m going to start crying!” Bullock interjected emotionally.

See photos: From Steve Allen to Jay Leno – All of ‘Tonight Show’s’ Hosts and Sidekicks Before Jimmy Fallon (Photos)

“You’ve always been so kind — that’s saying a lot in this business because we like to be mean!” she joked with tears streaming down her cheeks. “There’s not been one time that you haven’t treated me like I had something to offer. Even when the film was horrible and you knew it, you never let me see it in your eyes. When I made crazy life decisions, you never questioned. You were so welcoming. I just felt special, even when I felt very insecure. And everyone in this room and in this country has felt this every day that you have been in their home.”