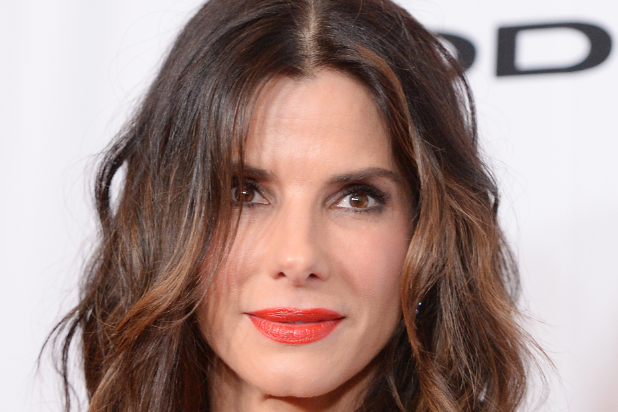 Thanks to a pair of box office hits, Sandra Bullock has been christened Entertainment Weekly’s “Entertainer of the Year.”

The Oscar-winner dazzled the entertainment publication by expertly mixing in a broad comic performance as a straight-laced cop in “The Heat” with a heartbreaking portrayal of a grieving astronaut in “Gravity.” She is back in the awards hunt for her performance in the space thriller, while also proving that at age 49, her commercial clout is undiminished. “The Heat” earned $229.7 million worldwide and “Gravity” has racked up $576.9 million globally.

“Bullock’s tremendous talent and range — to say nothing of the woman’s trademark grace and good humor in good times and bad — is what earned her the top spot on our annual list of the most exciting performers in 2013,” the magazine wrote.

Also read: The Rise of the Hollywood Cats: Inside Grumpy Cat and Lil BUB’s Big Deals

It’s Bullock’s second time atop the entertainment publication’s list of top entertainers. She was previously named “Entertainer of the Year” in 2009, which marked the release of her hit romantic comedy “The Proposal” and Oscar-winning work in “The Blind Side.”

Ben Affleck was last year’s Entertainer of the Year for his work directing “Argo,” while past winners include Daniel Radcliffe, Tom Hanks, Nicole Kidman and Robert Downey Jr.