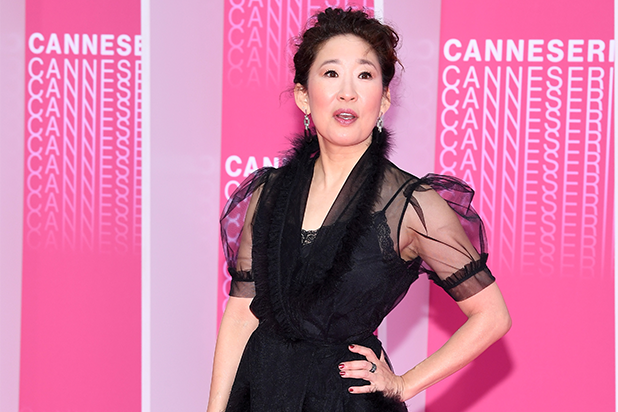 Sandra Oh is set to star in and executive produce “The Chair,” a six-episode Netflix series from “Game of Thrones” duo David Benioff and D.B. Weiss and showrunner Amanda Peet, the streamer announced Friday.

The “Killing Eve” star will topline the series as the chair of an English department at a major university. She’ll be joined by Jay Duplass.

Peet will serve as writer and executive producer on the series, the pilot of which she co-wrote with Annie Julia-Wyman. Weiss and Benioff, who recently signed a major overall deal at Netflix, will also serve as executive producers alongside Bernie Caulfield.

The project marks Peet’s first turn as showrunner after previously starring in shows like “Togetherness,” “Brockmire” and “Studio 60 on the Sunset Strip.” As a playwright, Peet has penned “The Commons of Pensacola” for the Manhattan Theatre Club and “Our Very Own Carlin McCullough” for The Geffen Playhouse. She is next set to star in “Dirty John: The Betty Broderick Story” at USA and “The Gilded Age” at HBO.

Oh currently stars in BBC America’s “Killing Eve,” which is set to begin airing its third season in the spring and has already been picked up for Season 4.

Why Microsoft Can Pull Off Buying TikTok
2.