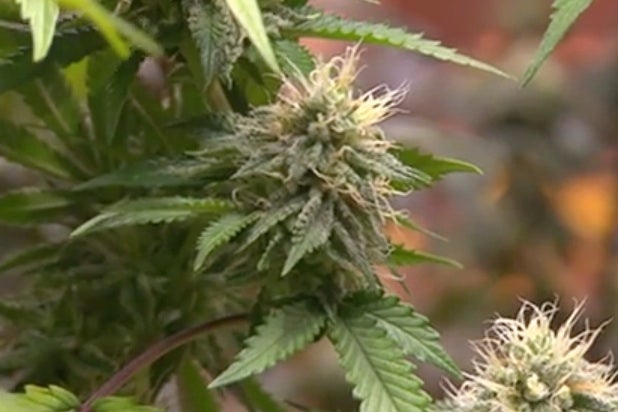 Dr. Sanjay Gupta premieres “Weed 3” on CNN Sunday at 9 p.m. ET, and in the third rendition of his weed documentary series, he’s even more pronounced in believing it’s time to legalize marijuana nationwide.

The documentary looks at the growing number of positive stories of marijuana helping Americans, including U.S. military veterans suffering from PTSD, depression and sleep disorders.

One particular benefit Gupta and experts he spoke to saw for veterans was the limit of dream recall, which can be particularly beneficial for those who have grizzly memories flooding them during sleep.

“On its own merits, this is a substance out there that could address significant problems in this country,” Gupta told TheWrap. “Compared to pain medications, which has  huge accidental overdose factor, marijuana could provide a safer and effective alternative, it’s a big issue.”

Gupta questions how U.S. politicians aren’t taking a deeper look at the successful effects of marijuana for medicinal purposes when other countries like Israel are diving into deep research.

As 2016’s presidential cycle is now in full swing, the question will come up to candidates on the campaign trail and debate stage.

A large swath of data has proven alcohol abuse and high-sugar, poor foods have a far more negative impact on citizens’ health, yet marijuana has long stood as the stigmatized boogyman.

Gupta, who’s previously acknowledged being wrong in his opposition to medicinal marijuana, doesn’t like to get into the “moral equivalency” argument over weed vs. other drugs.

But he does see clear-cut medical benefits that politicians and candidates need to pay attention to.

And he thinks the president is on board.

“I think he does,” Gupta said about President Obama wanting to legalize medical marijuana nationwide, citing recent comments the president has made suggesting it might be time to lower marijuana down from a schedule one substance (which made it illegal).

“This is the first time I’ve heard him be more substantive about what he would change,” he added.

On Friday, Georgia passed a bill allowing the use of marijuana oil to treat serious conditions. Nine other states have pending legislation on legalizing marijuana in 2015, while a further nine have failed to pass a bill this year.

And this week, a bipartisan Compassionate Access Act was filed in Congress. The proposed law would lower marijuana from its current place as a Schedule 1 drug under the Controlled Substances Act, which says marijuana has no medical benefit.

“The politics that trump ideology is a real problem,” Gupta concluded, arguing marijuana hasn’t been studied in the scientific community like any other potentially beneficial drug.

“In this case, with marijuana, we sort of fell down on the job.”