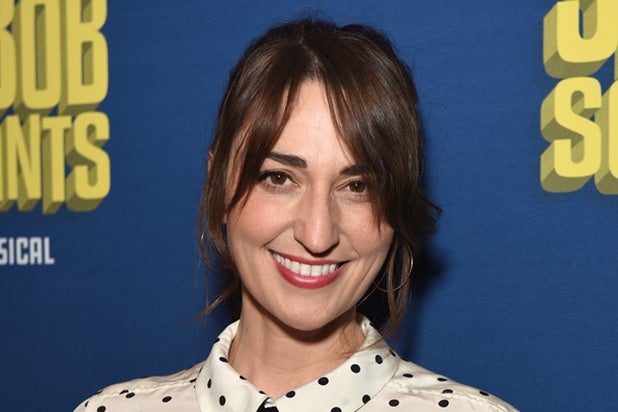 Sara Bareilles has joined the cast of NBC’s “Jesus Christ Superstar Live in Concert” as Mary Magdalene, the network announced on Saturday.

Bareilles, star and composer of the Broadway adaptation of “Waitress,” joins John Legend and Alice Cooper in the live musical set to air on Easter Sunday, April 1. Legend will play Jesus in the rock opera loosely based on the Gospel’s accounts of the final week of His life. Cooper will play King Herod.

David Leveaux is set to direct the show, which will open in front of a large audience at the Marcy Armory in Williamsburg, Brooklyn, New York.

“We’re overjoyed to have Sara Bareilles play Mary Magdalene and I can guarantee that her interpretation of the standard ‘I Don’t Know How to Love Him’ will become an instant classic,” NBC Chairman Robert Greenblatt said in a statement. “I was lucky enough to see Sara in ‘Waitress’ and she gave as moving and as beautifully sung a performance as I’ve seen on a Broadway stage in a long time.”

“It’s an absolute thrill to have a Tony-nominated composer as our Mary Magdalene,” added executive producer Andrew Lloyd Webber, who wrote the show’s music to Tim Rice’s lyrics. “Not only is Sara Bareilles a brilliant songwriter and lyricist, she commanded the Broadway stage in her show ‘Waitress.’ Being able to write a successful musical isn’t easy. Being able to write AND star in the leading role in that musical, on Broadway, twice, is something very few people can say they have on their CV. Couple that with her emotionally charged live Oscar and Grammy performances and America can rest easy knowing that Bareilles is going to nail it when we go live April 1 on NBC.”

“To say I’m excited about this performance is the understatement of the century,” Bareilles said. “This score and this musical have been a part of me from a very young age and it will be one of the great thrills of my life to sing these iconic songs. It’s incredible to see the beloved medium of musical theatre being embraced by television audiences, and this cast and creative team is extraordinary. I feel extremely lucky to be a part of the project!”