Sarah Michelle Gellar has a new role in the works. The “Buffy” alum will star in “Wolf Pack,” an original series from MTV Entertainment Studios for Paramount+.

In the upcoming series, which is based on the books by Edo Van Belkom, the former vampire slayer will play arson investigator Kristin Ramsey, who is brought in to catch the teenage arsonist who started a massive wildfire that may have also led to the reawakening of a supernatural predator terrorizing Los Angeles.

Gellar will also serve as an executive producer. 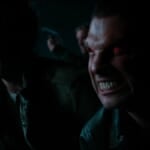 The news was announced during the streamer’s “Teen Wolf” panel in Hall H at Comic-Con in San Diego on Thursday, where Gellar made a surprise appearance.

“Wolf Pack” will premiere later this year on Paramount+. 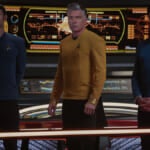