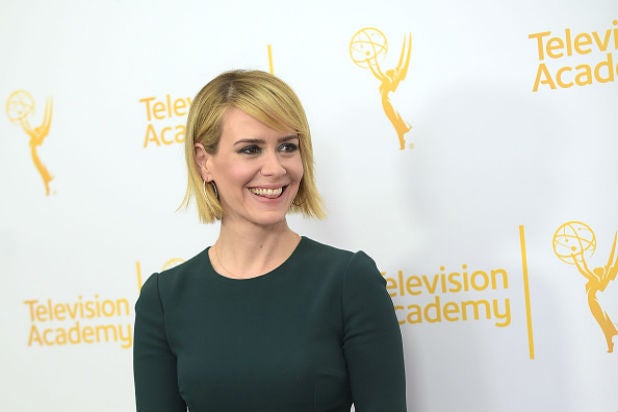 Paulson is a veteran of the anthology series, having recently appeared in “AHS: Freak Show,” as well as “AHS: Coven,” “AHS: Asylum” and “AHS: Murder House.”

Murphy made the announcement on Twitter, saying, “Sarah Paulson is checking into ‘Hotel.’ And this season, she’s the baddest bad girl of them all. #AHSSeason5.” He made a similar announcement last Wednesday regarding Kathy Bates joining the show.

Paulson has received two Emmy nominations for “American Horror Story.” She  starred as Bette Tattler/Dot Tattler in the most recent installment, “Freak Show.” Prior to that, she played Cordelia Foxx on “Coven,” Lana Winters on “Asylum,” and Billie Dean Howard on “Murder House.”

Production of the 13-episode “Hotel” will begin in Los Angeles in late summer, and will air on FX in October. The American Horror Story franchise is produced by Twentieth Century Fox Television.

Sarah Paulson is checking into “Hotel.” And this season, she’s the baddest bad girl of them all. #AHSSeason5