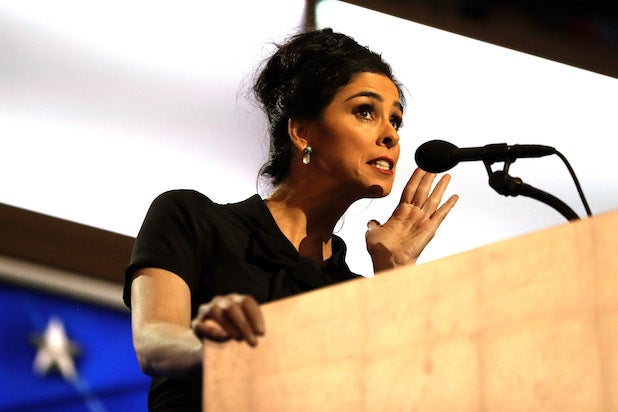 Sarah Silverman may be the worst salesperson in the history of television.

On Wednesday, the star of “I Love You, America” closed Hulu’s upfront event with the following pitch to media buyers and advertisers: “Folks, we did the research. We did it for you,” the comedian began. “And I can tell you unequivocally that investing in this show is probably a terrible idea.”

“I Love You, America” is a weekly half-hour topical show from Funny or Die, focusing on the current political/emotional landscape of the country. Silverman will attempt to connect with “unlike-minded people” over Season 1’s 10-episode order.

Also Read: One Unrealistic Part of 'The Handmaid's Tale'? Its Boston Geography

On Monday, Hulu revealed that NBCUniversal channels would be a part of its the live TV streaming service’s 50-plus channels.

Hulu has signed a number of high-profile deals recently, including an output licensing agreement with Annapurna Pictures and a streaming deal with Neon, which just released its first feature “Colossal.”

The Hulu upfront event took place at The Theater at Madison Square Garden.