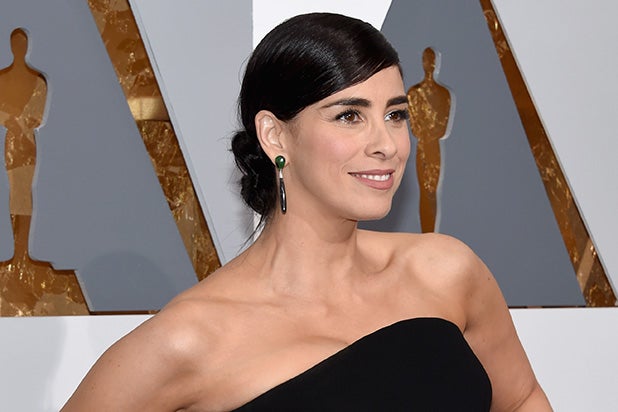 Sarah Silverman has long maintained that taboo topics such as rape should be fair game for comedians, depending on the joke’s angle. But in the wake of sexual misconduct and assault claims against Harvey Weinstein and other Hollywood figures, she is open to adjusting her stance.

“It’s a fine line,” Silverman told TheWrap. “People need to be accountable for what they say, but expression has to be allowed as well. It’s a very fine line. I’m having a hard time right now navigating it myself.”

The star of the new Hulu series “I Love You, America,” which premiered Thursday, pointed out that she has worked on projects in which potentially objectionable or offensive material has been suggested by the writing staff, which she feels is an important part of the comedy process.

“What’s said in a comedy writers room — if we were all held accountable for that! — is crazy,” she continued. “There has to be total freedom in that. That’s how comedy works, how you figure out what is over the line, what feels rotten, ‘let’s cut that,’ what is leaning into the discomfort of something and examining it. It’s difficult with art — I’m not saying there’s a free pass there. I’m just saying it’s hard.”

In her 2013 stand-up special, “We Are Miracles,” Silverman said, “Rape, obviously, the most heinous crime imaginable. Rape jokes are great.” Meanwhile, Jason Momoa apologized this week after taking heat on social media for a resurfaced 2011 clip in which he joked that he enjoyed working on “Game of Thrones” because he got to “rape beautiful women.”

Silverman told TheWrap that as time goes by, she continues to listen to all points of view on the topic and adjusts her perspective accordingly.

“I have said I like to change with the times,” the “Battle of the Sexes” actress said. “When students are too PC, quote-unquote, I always like to listen to the voice of youth, students, because they tend to be on the right side of  history. But I’ve had the luxury — and I would hope that we give that to many people — to change with new information, to grow, to not just be put in social jail forever but to have room to learn and grow and change and be changed.”

She continued, “So I don’t know. It’s a murky area, and we don’t have hard black-and-white lines around it.”

“I Love You, America” releases new episodes Thursdays on Hulu.