Audiences anticipating the next season of “SNL” — the 47th season starts Saturday — may be curious about the new cast additions ahead of Saturday’s premiere.

Below, we’ve rounded up some clips from where you might have seen these “SNL” newbies before.

Athari also cowrote and directed for “How to Be Broke,” Comedy Central’s web series that follows two young men who devote each episode to life hacks for getting important objects for free. Their quests take them on adventures to secure a free car, free phone charger, free parking spot and more. 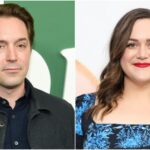 Sarah Sherman has written for “Magic for Humans” on Netflix. She has also acted on “The Eric Andre Show” and Adult Swim. On social media, she goes by Sarah “Nicole” Squirm. Her “unsolicited” SNL audition tape includes many performance highlights.

Her short film, “The Sarah Vaccine” is also available to watch on YouTube or Means TV.

James Austin Johnson’s portfolio includes many Trump imitations — almost always with “Don” in the title. Aside from his stand-up stints, he contributed his voice to “Tuca and Bertie,” and he also made an appearance in the “Hail, Caesar!”

Johnson comes from Nashville. He, Athari and Sherman will debut this Saturday, Oct. 2 for Season 47’s premiere.