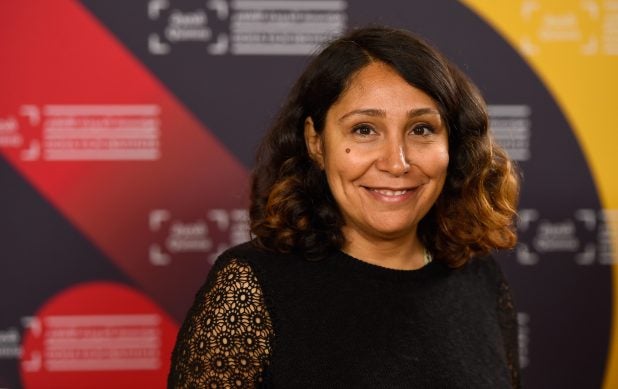 Saudi Arabia’s first female filmmaker, and one of the country’s most hotly debated, Haifaa Al-Mansour, is directing her next film, “The Perfect Candidate,” with support from the General Culture Authority of Saudi Arabia’s Saudi Film Council.

“The Perfect Candidate,” will be the first film in the film council’s slate, according to United Talent Agency, which reps Al-Mansour.

The Saudi government has audacious plans to build out a massive entertainment industry and invest more in the country’s film and entertainment, as the powers that be attempt to modernize.

The film will also have financing from German public funds and television.

“I believe that change must ultimately be sustained and driven by the people who are most in need of improvements and increased mobility in their daily lives,” Al-Mansour said in a statement. “I want to help lead this positive change by telling a story that is full of hope and celebrates the power of resiliency and hard work. I want to encourage Saudi women to seize the moment, to take a chance, and break away from the system that for so long has held us back.”

“The Perfect Candidate” will be produced by Al Mansour Productions in Saudi Arabia and Gerhard Meixner and Roman Paul of Razor Film Produktion in Berlin.

The drama tells the story of a young female doctor who runs for municipal office while her father is off touring the country with the re-established Saudi National Band, which has been banned under law prohibiting public music performances. The story applauds women’s ambitions in politics while celebrating Saudi’s lost arts and the return of music to its small towns. The film’s protagonist draws similarities form Al-Mansour, as she is prompted to disrupt the societal constructs that permeate her conservative, male-dominated culture.

The co-production was negotiated by UTA Independent Film Group which will handle sales in North America. The Match Factory will handle sales internationally. Al-Mansour will direct from a script she wrote with Brad Niemann. Filming is expected to start in Riyadh, Saudi Arabia by mid-September.

Al-Mansour’s 2012 award-winning film “Wadjda” was the first film shot entirely in Saudi Arabia, and was the desert kingdom’s first submission for the Academy Awards.

Following the success of Wadjda, Al-Mansour filmed two other features, including “Mary Shelley,” based on the late Frankenstein author, and “Nappily Ever After,” based on the book by Trisha R. Thomas.

Al-Mansour is repped by UTA, Anonymous Content and Loeb & Loeb.