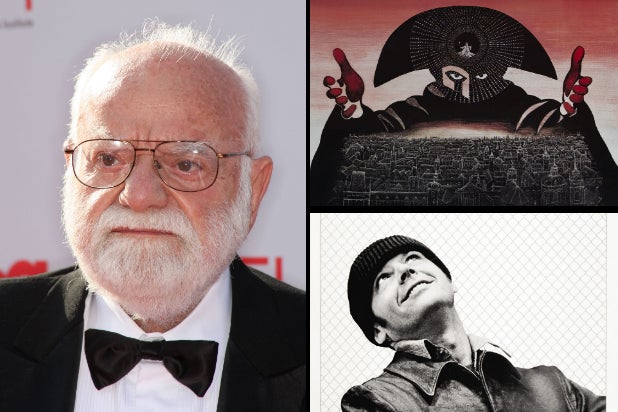 The producer, based in San Francisco, won three Best Picture Oscars, for “The English Patient” in 1996 “Amadeus” in 1985 and “One Flew Over the Cuckoo’s Nest” in 1975.  He was also a producer on the epic “Lord of the Rings” series having acquired certain rights to the novels by J.R.R. Tolkien in 1976.

Zaentz’s last film was “Goya’s Ghosts” in 2005 with director Milos Forman. It was their third collaboration.

The producer was almost as well known for making great films as he was for suing movie distributors over profits he claimed to have been denied, including Miramax and Harvey Weinstein over “English Patient” profits and Warner Bros. over “Lord of the Rings.”

He spent most of his life in the music business, beginning his movie career only in his 50s.

Zaentz was born to immigrant Jewish parents in Passaic, New Jersey. After serving in the United States Army during World War II, Zaentz began realizing his passion for music as a distributor for Granz’s Jazz Record company, a job that included managing concert tours for greats like Duke Ellington and Stan Getz. Zaentz went to William B. Cruz Memorial School No. 11 in Passaic as a child.

Zaentz produced most of his movies based on literary source material. He produced “The Mosquito Coast,” based on the novel by Paul Theroux, in 1986. “The English Patient,” directed by Anthony Minghella, was adapted from Michael Ondaatje’s book. And of course the “Lord of the Rings” films were based on Tolkien’s series.

Also read: Comic-Con: Who Hates ‘Lord of the Rings’ Films? The Tolkien Family.

The producer also facilitated the 1988 film “The Unbearable Lightness of Being,” based on Milan Kundera’s novel. The adaptation was directed by San Francisco’s Philip Kaufman, and Jean-Claude Carrière’s script garnered an Academy Award nomination for Best Adapted Screenplay.

Zaentz was part of a group of cineastes and filmmakers who worked in the San Francisco area, including Kaufman, Francis Ford Coppola, George Lucas and others. In 1980 Zaentz created The Saul Zaentz Film Center in Berkeley, an editing and sound-mixing studio for his own films, independent filmmakers and Hollywood productions.

After serving in the Army during WWII Zaentz settled in San Francisco working in the burgeoning record business, followed with a job for music impresario Norman Granz in 1954 and 1955. Zaentz worked for Granz’s record company but he also managed Granz’s concert tours that took Zaentz on the road with Duke Ellington, Dave Brubeck, Gerry Mulligan and Stan Getz.

In 1955 Zaentz returned to San Francisco to join Fantasy Records, the first record company to record Dave Brubeck, Lenny Bruce and Creedence Clearwater Revival. In 1967 Zaentz and a group of investors purchased Fantasy Records which became the largest jazz record label in the world.

The British Academy of Film and Television Arts awarded Saul Zaentz the Academy Fellowship in February 2003, the highest accolade presented by the Academy to individuals for their work and achievements throughout their film career.

Zaentz is survived by his four children – Dorian, Joshua, Athena and Johnnie – and nephew and producing partner Paul.

L.A. Ross contributed to this report.