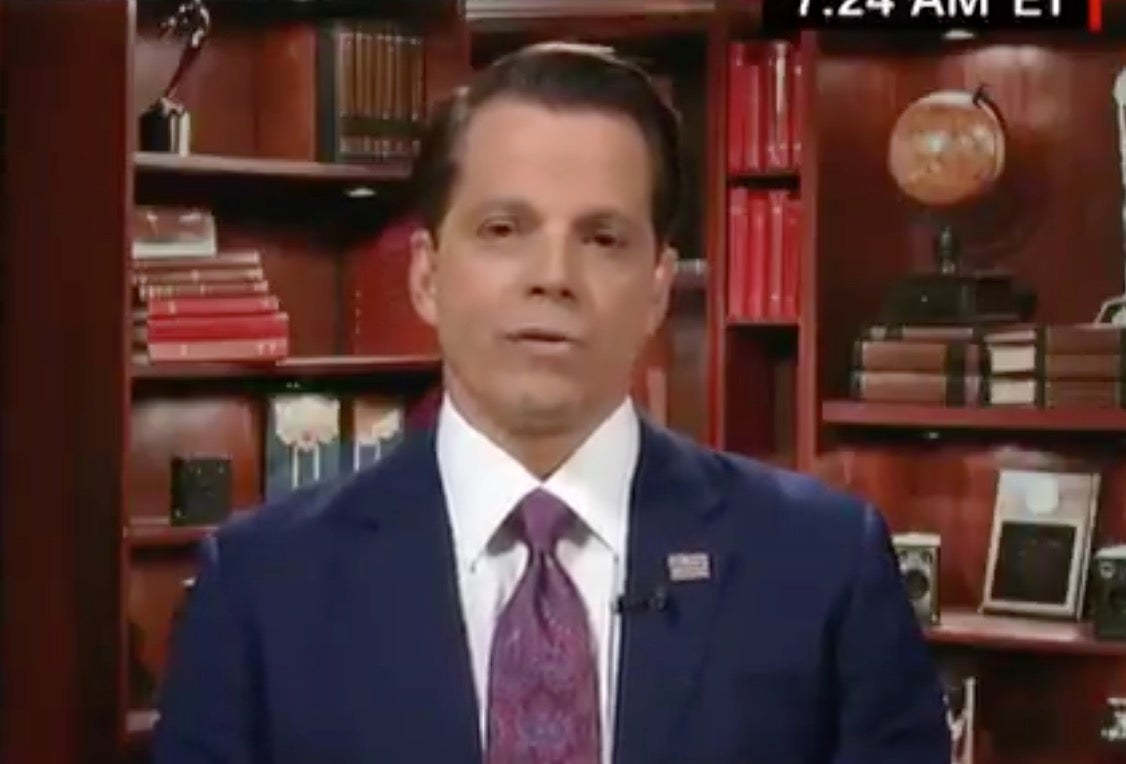 Former White House communications director Anthony Scaramucci appeared on CNN Monday morning after two mass shootings over the weekend, saying there could be a link between President Trump’s language and the violence.

Anchor John Berman asked about stochastic terrorism, “the notion that no, no one ordered this person to go commit the terror attack, but over time, statistically speaking, attacks will happen if people in power — if people who have a megaphone — use this language because these evil people will use it as an excuse,” Berman said.

Also Read: 8Chan Founder Says Online Message Board Should Be Shut Down After El Paso Massacre

“Do you see that happening here?” the “New Day” cohost asked Scaramucci.

“There’s definitely linkage but I think it would be unfair to blame the president,” Scaramucci said, defending Trump individually but admitting “but he should not be using those words.”

Berman also asked Scaramucci if there was “any chance” Trump would apologize for his language, some of which was mirrored in a four-page message posted to 8chan just before Saturday’s massacre in El Paso, Texas, purportedly from the shooter himself.

Scaramucci explained that Trump has built a decades-long career on never apologizing.

“The NRA is basically an emperor without clothing right now,” he added, saying Trump “could use his strength with the Republican party and get something done on these gun control laws.”

“The NRA is basically an emperor without clothing right now,” says former Trump White House communications director @scaramucci. “The President could use his strength with the Republican party and get something done on these gun control laws.” pic.twitter.com/9V7MXJnnxy