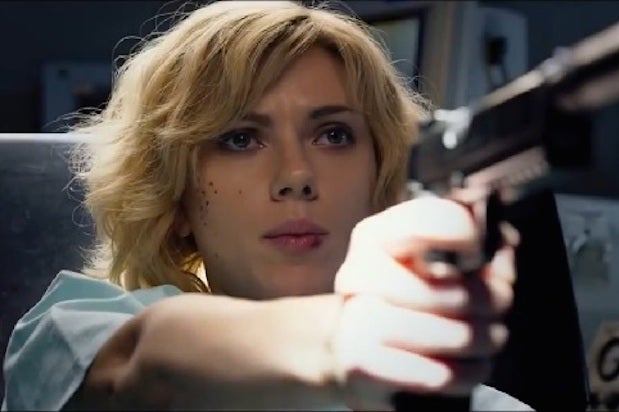 The Scarlett Johansson-Morgan Freeman sci-fi thriller “Lucy” is proving super-human brainpower is a concept that translates globally — in a big way.

Written and directed by Luc Besson, “Lucy” added $13 million this weekend to raise its foreign total to $253 million and more than $378 million worldwide. That’s not bad for a movie with a $40 million production budget.

Universal’s share of the foreign total — Besson’s EuropaCorp is handling it in several European markets and Hong Kong — is nearly $200 million.

The biggest market for the film, in which Johannson’s character develops superhuman brain power, has been Besson’s home country of France, where it has grossed more than $39 million.

Fox’s “The Maze Runner” was the No. 1 movie overseas this weekend, opening at No. 1 in 44 countries and bringing in $37.6 million.
The international total for the adaptation of James Dashner’s young adult bestseller is now $49 million and its global haul is up to $81.5 million – more than double its $34 million budget.