(Warning: This post contains spoilers for the series premiere of HBO’s “Scenes From a Marriage.”)

The Jessica Chastain and Oscar Isaac-led “Scenes From a Marriage” remake debuted Sunday on HBO, revealing the intimate, complicated marriage of Mira (Chastain) and Jonathan (Isaac) that was crafted by writer and director Hagai Levi and based on Ingmar Bergman’s 1973 Swedish miniseries of the same name.

Though Levi tells TheWrap he took great care to follow the format set out by Bergman, there are two significant differences between this version and the original. First, he gender-flipped the storylines of the husband and wife at the center of this story. Second, he opens the premiere with a behind-the-scenes oner that follows his lead actress Chastain up until the moment “action” is called and then the show heads right into its scripted content.

In a conversation with Levi, TheWrap started by first asking about the decision to use that unconventional intro, which Levi says will continue throughout the five-episode show’s run. 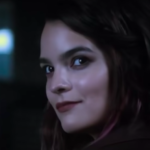 “You know, I have to say, I’ve had to answer this question so many times, and in the end, it’s kind of an intuition that you have,” the “In Treatment” creator said. “I never wrote it. It was never in the script. It was kind of an instinct I had when we started rehearsal, when we built the sets and I felt, in a way, a bit estranged from all the specificities of this couple. In a way, I wanted to say, hey, this is not about this very specific couple. I’m not American, so I’m not doing a show about a specific American couple. It’s much more general, much more abstract than this. And that was, for me, a way to say that — I don’t know if it makes sense, but that was kind of a feeling that I had. And then it was fun to do that. And then we found a lot of other good reasons to do that. But … it was just an instinct.”

Now, onto the reason behind the gender-swap, which sees Chastain’s Mira be the breadwinner, while Isaac’s Jonathan is a professor who is the primary caregiver to their young daughter Ava. Mira is also the one who has more concerns with their marriage from the start, including being the one to ultimately make the decision that she does not want to have the unplanned baby she and Jonathan have conceived and has an abortion, which she asks Jonathan to leave early from so she can cry on her own.

“The big deal is the swap of the genders in the story. In the original, the man is the one who comes in the middle of the night and said, I’m leaving with my lover,” Levi said. “I swapped it, and that, of course, that affects all the other episodes in a way. So that was the main decision in this version … I wanted to create a different type of woman and a different type of man.”

Levi insists his “Scenes From a Marriage” is a “remake,” not “inspired by” or “loosely based on,” but a true remake of Bergman’s work. “For me, the experiment and the interesting experience was to do a real remake of the show, but just find other interpretation for the scenes,” he said.

So why not take the opportunity to just start with Bergman’s “Scenes From a Marriage” idea and then make it his own?

“First of all, I like rules,” he said. “Whenever I work, every show that I work on, I have a set of rules that really help me. So that wasn’t constraining, it was exactly the opposite. You know, just a couple of years before that, I did ‘The Affair,’ which was another show about betrayal. And so I didn’t feel that I wanted to do a new show about relationships and about this stuff. I really wanted to explore the idea of a remake. It’s an experience that every theater director in every theater group is doing at every given moment. They have a text, a really classic text, like Shakespeare or Pinter or whatever, and they are remaking it in a way that they are trying to find a new interpretation to something. And this is, for me, a very interesting experiment. You know, that was exactly what attracted me to the project.”

He continued: “I could do another show and call it a different name, and just take some element. But I didn’t want to do that because I did that already. For me, the most interesting thing is how can you load new meanings and new values when you don’t change the original … People remake my show so many times. ‘In Treatment’ was remade in 20 countries. And they certainly experimented with it. It was interesting how they take what I did and they don’t change it. They changed much less than what I did. They just plant it in a different culture and something happens. So for me, that was exactly the idea. For me to swap the gender, it’s a huge deal … My initial idea was to swap the genders and not change anything, just use the same text. Of course, it wasn’t possible, but for me, it was a lot like an amazing experiment in gender. You know, what do you feel about character when we swap them? What would the audience feel? … But for me, it’s like a huge change, which, actually, this is the reason for the whole project.”

“Scenes From a Marriage” airs Sundays at 9/8c on HBO. 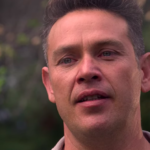