“Schitt’s Creek” is floating over to a new streaming service. The series will move from Netflix to Hulu later this year.

All six seasons of the series will be available on Hulu beginning Oct. 3, the streamer announced Thursday.

“Based on the number of ‘Schitt’s Creek’ GIFs we Slack every day, it’s no surprise that we are absolutely thrilled to welcome Johnny, Moira, Alexis, ‘Daviiid’ and the wonderfully unique residents of ‘Schitt’s Creek’ to Hulu,” Joe Earley, president of Hulu, said in a statement. “We can’t wait to share the award-winning, blisteringly-funny, yet heartwarming series and characters with our subscribers. We know they’ll fit in nicely.” 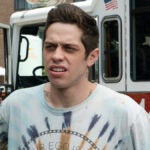 “Schitt’s Creek” became massively popular, especially in its last few seasons. In 2020, the series swept the Primetime Emmy Awards, winning all the comedy acting categories, as well as Outstanding Directing and Writing for a Comedy Series.

It also broke a record for the most Emmy wins for a comedy series in its final season. The show’s previous seasons hadn’t won an Emmy, although it received several nominations.

The series was created by Dan and Eugene Levy, who also star alongside Catherine O’Hara and Annie Murphy.

It follows the formerly wealthy Rose family who are forced to relocate to Schitt’s Creek, a small town they once purchased as a joke.