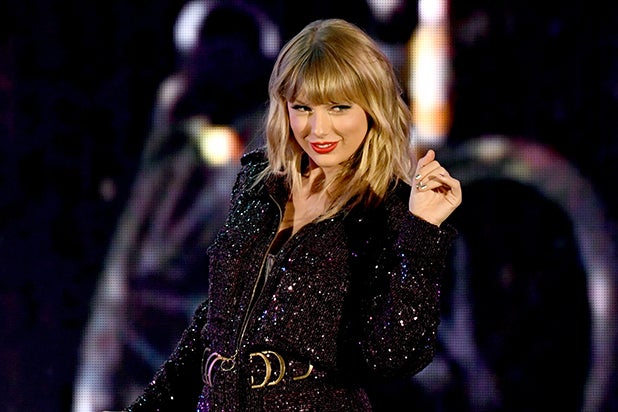 Scooter Braun’s Ithaca Holdings has sold the master rights to Taylor Swift’s first six albums to Shamrock Holdings, which the singer said she only learned about via a letter after the deal was completed.

The deal is “believed to be north of $300 million,” according to Variety‘s sources. Representatives for Ithaca did not return TheWrap’s request for comment.

Swift reacted to the news in a statement shared to Twitter, saying that she had been attempting to buy the rights herself but refused to sign a non-disclosure agreement mandated by Braun’s terms. She also identified the buyer as Shamrock Holdings, the investment firm launched by Roy E. Disney, nephew of Walt Disney.

“As soon as we started communication with Shamrock, I learned that under their terms Scooter Braun will continue to profit off my old musical catalog for many years. I was hopeful and open to the possibility of a partnership with Shamrock, but Scooter’s participation is a nonstarter for me,” she wrote.

Swift also posted a letter she wrote last month to Shamrock, where she said she was “disappointed” to learn that Bruan will still profit from Swift’s music in the coming years. She also vowed to re-record her old music, writing, “I will be going forward with my original re-recording schedule and will be embarking on that effort son. I know this will diminish the value of my old masters, but I hope you will understand that this is my only way of regaining the sense of pride I once had when hearing songs from my first six albums and also allowing my fans to listen to those albums without feelings of guilt for benefitting Scooter.”

Braun came to own the masters in 2019 when Ithaca acquired Big Machine Label Group in June. Swift, who was signed to Big Machine before leaving for Republic Records in 2018, spoke out against the deal on social media at the time.

Swift, saying she felt “sad and grossed out” about the deal, linked Braun to her past disputes with Kanye West and Kim Kardashian in a statement shared to her Tumblr page. “My musical legacy is about to lie in the hands of someone who tried to dismantle it,” she wrote at the time.

The post sparked a prolonged back and forth between Swift and Braun’s camps, with Braun at one point saying Swift incited death threats against him and his family.

Swift has also announced plans to re-record her old hits in order to circumvent Braun’s ownership, which became allowable under her contract with Big Machine as of this month.