Scott Cawthon, a Texas-based game developer and animator who created “Five Nights at Freddy’s,” announced his retirement Wednesday night following outcry over his past political donations.

Earlier this week, fans of the game — especially from the LGBTQ community — voiced outrage by financial records that revealed he had donated to Republican figures like former president Donald Trump and Senate Minority Leader Mitch McConnell.

“I’ve had a blessed, fulfilling, and rich career,” he wrote on his website Wednesday. “I’ve been shown great kindness and I’ve tried to show great kindness in return. I’ve tried to make some good games (let the debate ensue), and I’ve witnessed the creation of possibly the most creative and talented fanbase on the planet.” 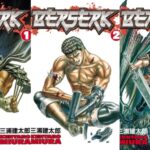 He went on to say he missed “a lot of things that [he] got to focus on before ‘FNAF’ became such a success,” like making games for his kids or just for fun. “All of this is to say that I am retiring. I have been shown tremendous love and support over this last week, a lot of which has come from the LGBTQ community.”

Earlier in the week, Cawthon addressed the backlash to his donations, calling it “surreal” in a post on the “FNAF” subreddit.

“To say that the last few days have been surreal would be an understatement. I’ve debated greatly how best to address this, including not addressing it at all, but with so many people from the LGBT community in the fanbase that I love, that’s not an option,” he wrote before noting, “All this because I exercised my right, and my duty, as an American citizen, to vote for and support the candidates who I felt could best run the country, for everyone, and that’s something that I won’t apologize for.”