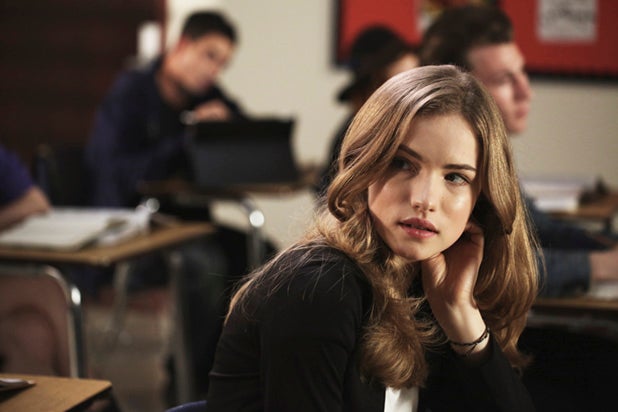 Michael Gans and Richard Register faced an unenviable challenge when they took the reins as showrunners of MTV’s “Scream: The TV Series” for Season 2.

When the series first debuted last year, most initially speculated that the series would be a horror anthology in the vein of FX’s “American Horror Story.” But the show’s original creative team made the surprising decision to take the series in a more serialized direction, announcing at Comic-Con last year that a potential second season would revolve around the characters who survived the first 10 episodes.

That decision meant Gans and Register were left with the task of not only topping the kills and the scares from last season, but continuing to pay off the storylines as well — all while running the risk of a second season that feels like a tired rehash of the first.

“It’s not easy,” Gans told TheWrap ahead of the season premiere. But the key, he said, is to “allow yourself to go that much more insane.” The duo’s approach was to take everything from last season, “put it on a roller coaster and douse it in blood.”

“We took everything that already existed and kept twisting it and twisting it, and pushing it to scarier places,” Gans said. “Our kills are a little crazier this season.”

In that sense, having characters whom fans have already spent 10 episodes growing to love — the Lakewood 6, as they’ve come to be known — gave Gans and Register an easy way to raise the stakes. “You don’t get anything if you don’t care about the characters in peril,” Gans said.

It also gave them new storytelling avenues to explore as the characters struggle to recover from the trauma they experienced in Season 1. They’ll all have to find a way to move on with their lives while dealing with the aftermath of Piper’s killing spree — and the threat of another killer. This is “Scream,” after all.

“They all have some twisted psychological aspects this season,” said Register. “They’ve all been through trauma, and we wanted to show the residue of that trauma.”

But the duo promised that some things will never change, including the series’ self-referential sense of humor, which they stress is a critical component of “Scream’s” DNA.

“It always, always comes with a wicked wink,” said Register.