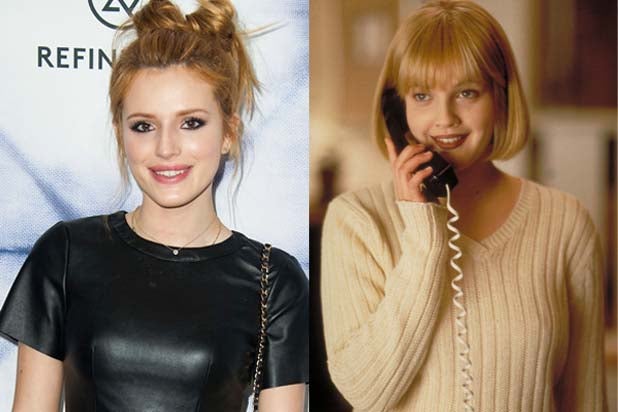 Bella Thorne just gave out a major spoiler for MTV’s upcoming “Scream” series, so if you hate reading about them, just stop right now.

The former Disney star told a fan during a Yahoo! Celebrity Facebook Q&A that rumors are true that she’ll appear in the first episode of the television adaptation of Kevin Williamson‘s serial killer franchise, and she won’t be around for long.

“I will re-enact the famous scene of Drew Barrymore in the original,” Thorne said.

For those who don’t remember, Barrymore’s death kicked off the horrific events in Wes Craven‘s 1996 horror movie, which spawned three sequels — with another on the way.

The actress’ character, Casey Becker, was the first to get gutted by Ghostface after receiving a mysterious phone call from a stranger asking, “What’s your favorite scary movie?”