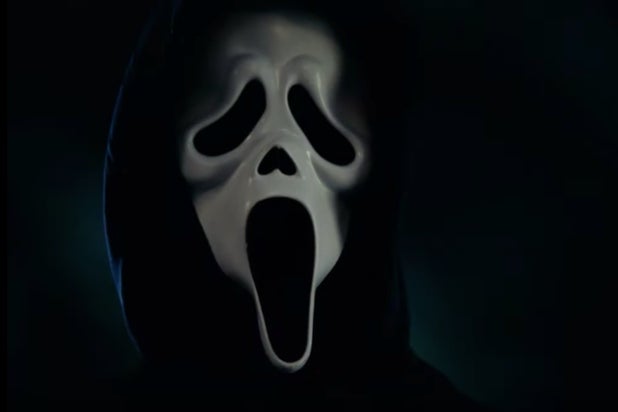 The official Twitter account made the “Scream 5” release date announcement Friday with a brief clip of the iconic GhostFace mask.

Friday’s big release date drop is just the latest piece of news to come out about the franchise relaunch. In July, it was announced that Courteney Cox will reprise her role as Gale Weathers from the previous “Scream” films in this reboot from Spyglass and Paramount Pictures.

It was also previously announced that David Arquette would reprise his role as Dewey Riley dating back to the original 1996 horror film “Scream.” Plot details are being kept under wraps. At that time, it was announced that the filmmakers were in conversation with other legacy cast members.

Matt Bettinelli-Olpin and Tyler Gillett (“Ready Or Not”), of the filmmaking group Radio Silence, are directing the film. James Vanderbilt (“Murder Mystery,” “Zodiac,” “The Amazing Spider-Man”) and Guy Busick (“Ready or Not,” “Castle Rock”) are co-writing the screenplay.

Principal photography is set to begin in the late summer in Washington D.C. Paramount will market and distribute the film worldwide.

“Scream,” the 1996 slasher horror film, was directed by Wes Craven and followed a young woman in a small town who was targeted by a killer in a mask, later known as GhostFace. Sequels hit theaters in 1997, 2000 and 2011, and have starred actors like Neve Campbell, Cox, Arquette and Liev Schreiber. The films have grossed a collective $608 million at the worldwide box office.