It’s pretty rare to screen a concert film that ends in a standing ovation, but that’s what happened tonight when TheWrap screened “This Is It” to an overflow theater at the Sherman Oaks Arclight.

The director of the film, and of the abortive Michael Jackson concert, Kenny Ortega, was greeted with applause and viewers on their feet.

It may just have been a concert film, but it was of Michael Jackson in his final moments as an artist and as a performer.

The film shows what the overwhelming noise of gossip columns, tabloids, and endless cable tv obscured: Michael Jackson was a vibrant, thinking, and still supremely talented performer, fully in touch with his muse up to his sudden death in June.

Ortega was visibly moved by the show of love and enthusiasm for the film and for its subject, his friend Michael Jackson. We’ll have more on his interview after the screening tomorrow, but for tonight, it’s enough to know that this film touches a nerve in Hollywood.

As one audience member, who with a few dozen others mobbed Ortega after the q&a to ask 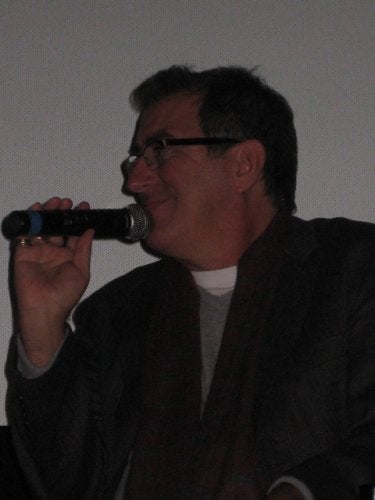 such questions like – does he dream about Michael Jackon? – said, “This is part of our healing process too.”