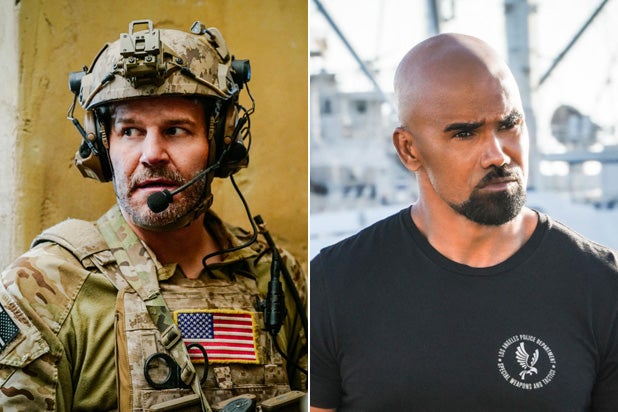 CBS has renewed two of its freshman drama series, “SEAL Team” and “S.W.A.T.,” for second seasons, the network announced on Tuesday.

“These exciting new dramas have been sensational additions to our schedule, are striking all the right notes creatively, and really connect with our viewers,” CBS Entertainment president Kelly Kahl said in a statement.

The two shows join the “Big Bang Theory” spinoff “Young Sheldon” as the three new series this season to get picked up by the network so far.

“S.W.A.T.” hails from creator Aaron Thomas, and stars Shemar Moore as a S.W.A.T. sergeant who is conflicted by his loyalty to the streets when tasked with running a tactical unit in Los Angeles. Stephanie Sigman, Alex Russell, Jay Harrington, Lina Esco, Kenny Johnson and Peter Onorati also star.

“‘SEAL Team’ has strengthened our Wednesday line up – routinely winning its time period with over 10 million viewers and allowing us to build an even more powerful night, while ‘S.W.A.T.’ has improved Thursday’s 10:00 PM hour by over 2.5 million viewers versus last season,” Kahl said. “Additionally, both are among the very top streamers on our digital platforms, including CBS.com and CBS All Access. We congratulate the talented casts and producers on an amazing year as we look forward to their return next season.”

CBS has already pulled the plug on its other fall drama “Wisdom of the Crowd,” which was quietly canceled back in November amid disappointing ratings and sexual misconduct allegations against star Jeremy Piven.

The Alan Cumming-led “Instinct,” which has only aired two episodes, remains the only new drama series at the network without a decision about its future.