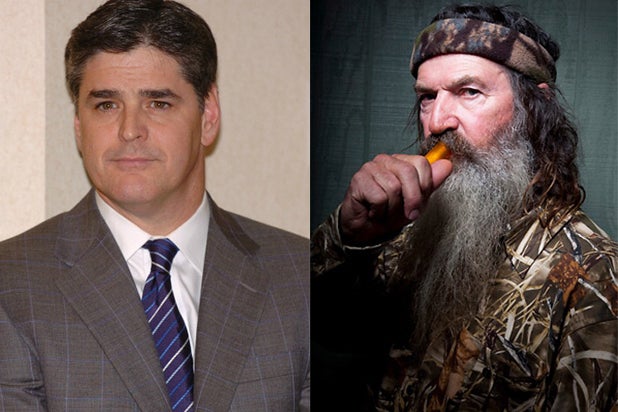 “Duck Dynasty” defenders and talk show host Sean Hannity got personal in their defense of Phil Robertson Thursday as Hannity gave out the phone numbers of A&E executives on the air and supporters shared them across Twitter.

Other “Duck Dynasty” fans urged one another to be polite as they called the phone numbers Hannity provided.

Robertson’s supporters began naming names of the executives they considered responsible for Robertson’s suspension after he was given a temporary leave from the show after making anti-gay comments in an interview with GQ.

One bit of good news for Dubuc: She has an unusual last name. That meant some of the angry messages sent her way were misspelled.