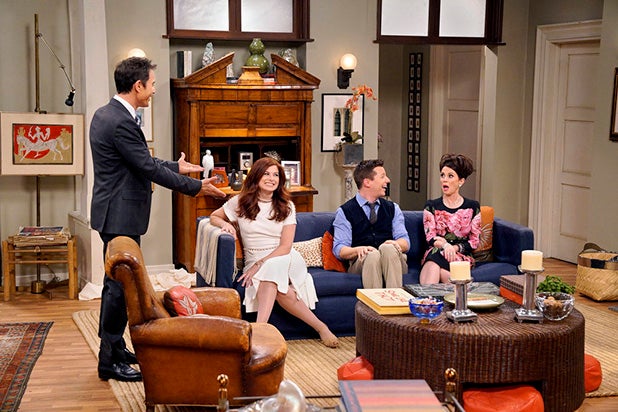 Sean Hayes is opening up about when he decided to come out as gay.

The actor took part in a “Will & Grace” panel during the Television Critics Association’s summer press tour on Thursday to promote the fall return of the series that ended its initial run in 2006.

At the event, he was asked about the fact that he didn’t publicly comment on his sexual orientation until 2010, years after he made his debut as Jack McFarland on the NBC sitcom’s 1998 series premiere.

“I’ve become hopefully more self-aware about [myself and my] place in the world — I wasn’t ready to come out then,” Hayes said.

Co-star Megan Mullally (Karen Walker) said she doesn’t appreciate the flak that Hayes received from some people who thought that he should have come out sooner.

“It’s nobody’s business what anybody’s sexual orientation is, and I thought that Sean really took a lot of heat and was under a great amount of pressure to come out, and I was offended by that,” she said.

This led Hayes to add: “At the time, I didn’t have the DNA to speak for an entire community. I didn’t know how to do that, and I wish I did. But now I find words come easy.”