Sean Penn will receive one of the Los Angeles Press Club’s Bill Rosendahl Public Service Awards for Contributions to Civic Life. The LAPC announced Friday that he and Ann Lee, with whom he co-founded the crisis response organization Community Organized Relief Effort (CORE) are the 2021 recipients.

“As the world was reeling from the spread of COVID-19, Sean and Ann jumped in and mobilized a massive testing effort in Southern California and beyond,” said Los Angeles Press Club President Lisa Richwine in a Friday statement.

She went on, “They are continuing to fight the pandemic with relief efforts targeted to marginalized and hard-to-reach communities.” 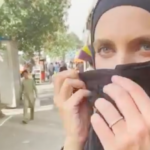 The award will be presented at the 63rd SoCal Journalism Awards Gala on Oct. 16th in downtown Los Angeles. CNN’s Dr. Sanjay Gupta will receive the President’s Award for Impact on Media while ABC7’s Marc Brown will get the Joseph M Quinn Award for Lifetime Achievement and LAist’s Josie Huang will get a First Amendment Award. Bari Weiss will be given the Daniel Pearl Award for Courage and Integrity in Journalism at the event, which is to be held in honor of Pearl’s mother this year.

Lee reacted to the award she and Penn will receive for their organization, which was founded in 2010 after the earthquake in Haiti, saying, “It is an honor to receive this award, and we thank the Los Angeles Press Club for this recognition. We dedicate this award to our ever-inspiring team across the U.S., Brazil, India and especially Haiti, where CORE began more than a decade ago. Our mission has never been clearer: to bring immediate aid and recovery to underserved communities across the globe.”